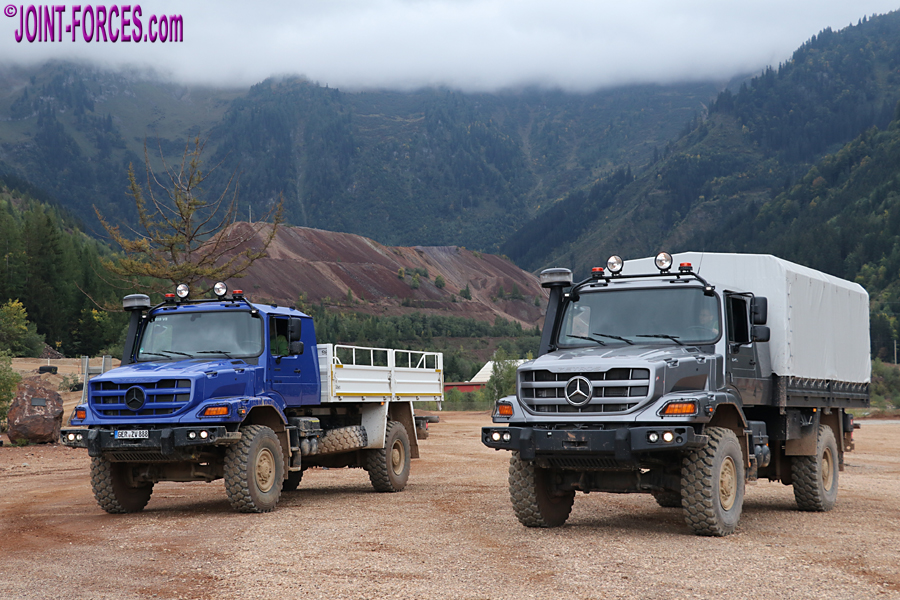 In the early hours of this morning JOINT-FORCES reached the major milestone of achieving one million page views in a single month, reports Bob Morrison.

Graz, Austria, 30 September 2021: Just like Lewis Hamilton had to wait a little while this summer for his 100th Grand Prix victory, which he achieved with Mercedes last weekend in Russia, we have also been on tenterhooks as our monthly page view stats hovered just under the one million mark… until today!

I was actually levitating zeds, or zees to our friends who speak ‘chewing gum’ English, after a second long day with Mercedes-Benz in Austria when we breached the one million views marker for September so I cannot say precisely when we hit target, but I suspect from the figures when I logged onto the server before breakfast today that it was around 03:00 BST.

When we started the website in March 2018, following the unexpected closure of the publishing house which produced COMBAT & SURVIVAL Magazine, we set ourselves what we thought (based on figures produced by the magazine’s last owners for its dot com) was an ambitious target of reaching 30,000 views per month by the end of the year. How naive we were back then!

Having said that, achieving a million views in a single month has not been easy, particularly as COVID-19 has impacted on the lives of our small team of specialist writers for the past eighteen months, but we’re not afraid of hard work. We are also very fortunate in having some superb Sponsors who have not lost faith in us, even though the pesky pandemic has impacted some of their businesses quite badly, and we owe them a million thanks for their support. I am just the roving editor and without the team effort , much of which often goes unseen, by contributors and sponsors (advertisers) there would be no JOINT-FORCES.

So what’s the next target? Trying to find a way of getting the UK MoD Directorate of Defence Communications team to answer our emails (would you believe there is only a single line into MoD Main Building for defence press enquiries and if/when this is answered the response is almost inevitably “put it on an email please”) rather than them just opening and binning our correspondence as we are evidently not important enough to be on the ‘Whitelist‘, is in my reticule crosshairs…

But first of all, maybe a little rest is in order.