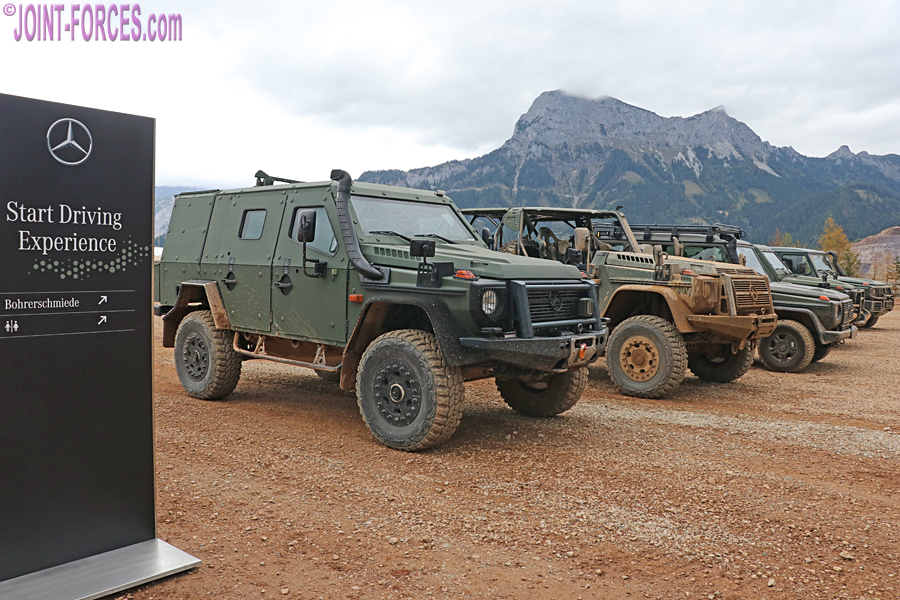 Within Daimler Trucks the Mercedes-Benz Special Trucks (MBS Trucks) unit is responsible for the development and production of Special Purpose Vehicles from Mercedes-Benz based on the Arocs, Unimog and Zetros model series. On the occasion of DVE 2021 the focus was on the optimum equipment for defence and security forces in the National and Alliance defence sector and in Crisis Management and Humanitarian Aid, for example in disaster situations. The DVE was aimed at users and procurers from the defence and security sectors and partner companies, plus a small group of specialist international defence journalists was invited to attend.

Defence Vehicle World: A presentation of typical and up-to-date examples from the broad Mercedes-Benz product spectrum. These included the extreme off-road Unimog and Zetros and also the Arocs in various configurations up to heavy-duty trucks and semi-trailer trucks for combination weights up to 120 tonnes and more. A total of nine Mercedes-Benz vehicles were presented in static form and some of them demonstrated dynamically.

Driving Experience: The DVE 2021 participants then had the opportunity to experience some of the exhibited vehicles as a passenger over off-road terrain or to take the wheel themselves. The demonstration area used to show the vehicles’ capabilities was the spoil dump at the gigantic Erzberg iron ore open cast mine, which is the largest such quarry in Europe.

According to the manufacturer: “The entire spectrum of logistical vehicles for applications in the defence sector is covered by Mercedes-Benz with the Arocs, Atego, Unimog, Zetros, Sprinter and G-Class model series. The model series from civilian large-scale series production have proven their worth both in the civil and defence environment. All over the world experienced Mercedes-Benz service employees are available to provide support for the Mercedes-Benz vehicles. Mercedes-Benz currently supplies logistical vehicles to, for example, the German Armed Forces and NATO.”

In addition to the new 4×4 version of the Zetros, which was displayed for the first time at the G-Class Experience next to Graz Airport the previous day, examples of the new generation G-Class BR G-464 were also put through their paces. As and when space and time permit, I plan to pen a series of short features on both the new generation Geländewagen and the 4×4 Zetros as well as some of the specialist military variants built on MBT chassis by partner companies.