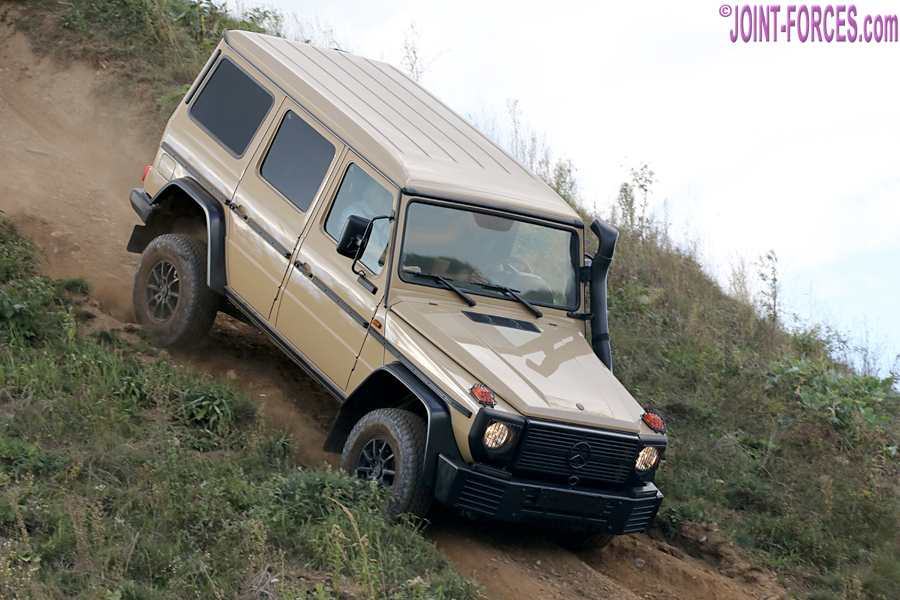 Today saw the world premiere of the new-generation Mercedes-Benz G-Class for Rescue and Special Operations ~ the Model Series 464.

Press Release, Graz, 28 September 2021: Mercedes-Benz is opening a new chapter in the success story of the off-road vehicle with the largest product revision of the G-Class for Rescue and Special Operations in 29 years. As a robust vehicle, the new G-Class for Rescue and Special Operations (Model Series 464) ensures maximum mobility even under the most difficult conditions. Enhanced off-road and on-road performance as well as maximum user-friendliness, combined with new features such as the Emergency Override Switch for emergency situations, characterise the new model. The new G-generation is initially available as a Station Wagon and as a Chassis with Cab. The ‘longest-serving’ Mercedes-Benz model series is thus ideally equipped to continue its success story.

Mercedes-Benz invited JOINT-FORCES out to Graz to cover today’s launch of the G-Class 464, described by the Austrian production team as the “New-Generation G-Class for Rescue and Special Operations”, which is aimed primarily at Blue Light Emergency Services and a wide range of Defence and Military markets, reports Bob Morrison. The launch event was held at the impressive new G-Class Experience Center next to Graz Airport, where we were truly fascinated by the vehicle’s off-road and on-road performance.

In addition to the standard 2850mm wheelbase B6 model, which has a 1.4 tonne payload but still meets the 3.5 tonne GVW limitation for a car licence, a much higher payload 3650mm long wheelbase B9 version tipping the scales at 4.9 tonnes has also already been developed. A standard wheelbase version of the G-Class 464 with an LAPV (Light Armoured Patrol Vehicle) body by Plasan and portal axles for increased ground clearance has also been developed and we were given a preview of this new baby too.

A visit to the Erzberg iron ore mines is on the cards for tomorrow, to see the new military Zetros 4×4 truck model in action, and as that will involve a very early start I’m afraid I will have to hit the sack now. However once back at my desk in Devon I plan to bring readers a much more in-depth feature on both the changes between the current G-461 and the new G-464 models, and my first impressions on how the ‘New Military G-wagen’ shapes up.