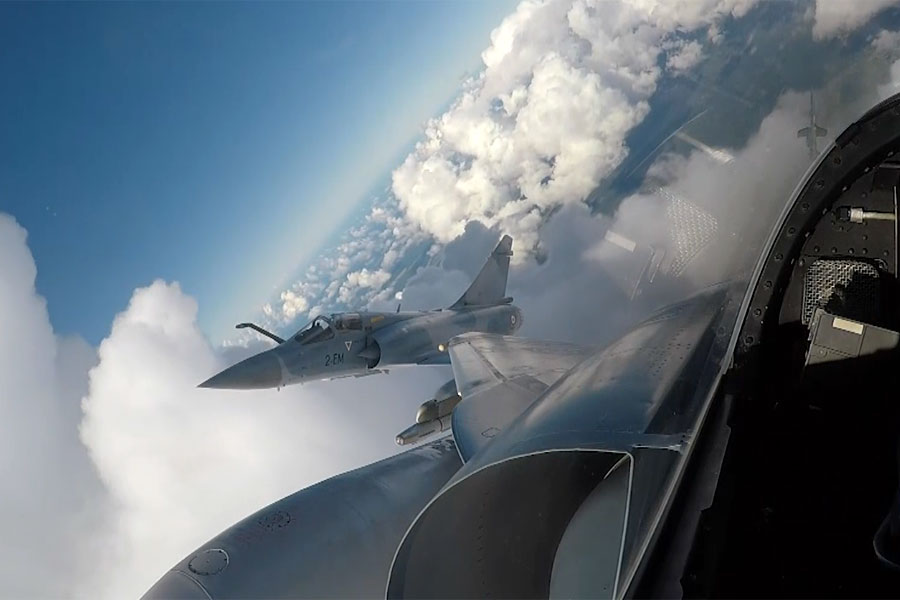 Meet some of the French fighter jet pilots responsible for patrolling the skies above Estonia as part of NATO’s Baltic Air Policing mission.

In May 2020, the French Air Force took the lead of NATO’s Baltic Air Policing mission in Estonia, contributing four Mirage 2000 fighter aircraft. The mission lasts for four months and sees the French deployed to Ämari Air Base in Estonia, supported by Spanish and UK pilots situated in Šiauliai Air Base, Lithuania.

NATO’s Baltic Air Policing mission is a defensive deployment that sees Allies sending planes to patrol the airspace of the three Baltic States, who do not have fighter jets of their own. The Air Policing programme keeps fighter pilots on alert 24/7 and ready to scramble in case of suspicious air activity near the borders of Baltic Allies.

This recently videoed and released footage includes various shots of the pilots’ day-to-day activities at the air base and GoPro footage shot by the pilots performing training manoeuvres in the skies above Estonia.