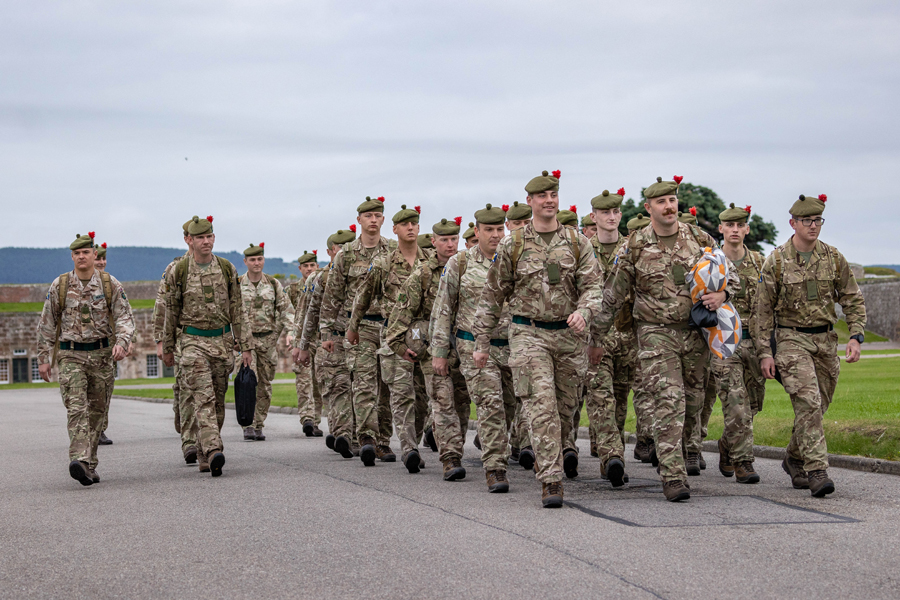 The UK Secretary of State for Defence today visited 3 SCOTS at Fort George as they deployed south in support of Operation PITTING.

Press Release, Whitehall, 23 August 2021: Secretary of State for Defence, Ben Wallace, today visited soldiers from The 3rd Battalion The Royal Regiment of Scotland (3 SCOTS) at their base in Fort George this morning, as they left to deploy as a high readiness reserve for Operation PITTING – the operation to evacuate British passport holders and entitled personnel and from Afghanistan.

Eighty-four members of A Company set off from the base, just outside Inverness, for the Joint Air Mounting Centre at South Cerney, to be ready to deploy forward to Kabul at short notice, should they be required. They join around 100 their colleagues from D Company and Battalion Headquarters, who moved south at the end of last week. The same soldiers returned from Kabul at the end of June this year, where they were providing protection for the NATO training and Mentoring Mission in the city. They have been on high readiness for deployment anywhere in the world since their return.

Mr Wallace spoke to the soldiers to wish them well, before meeting staff from the Quartermaster’s Department, who had spent the previous week preparing kit and equipment in order to facilitate any short notice deployment.