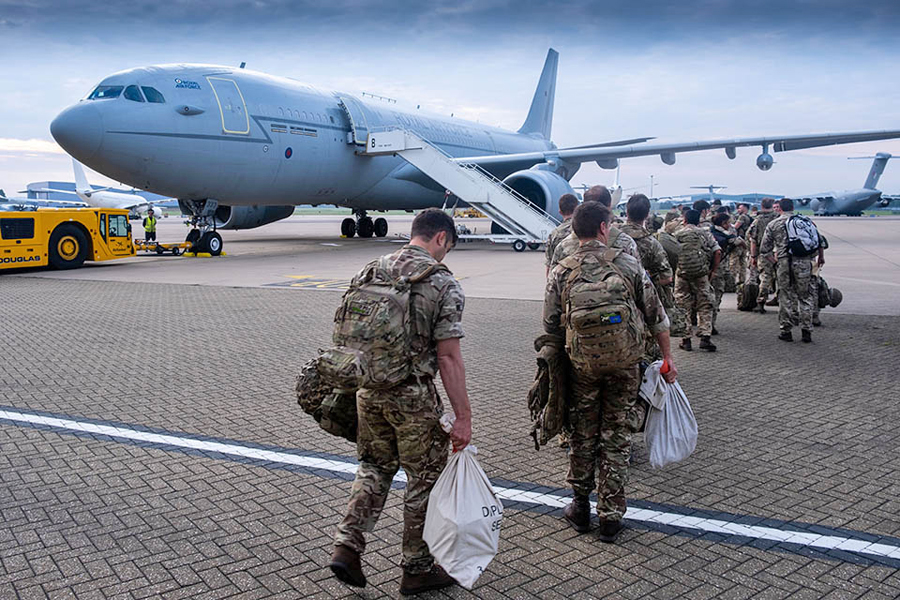 Members of all three services and civilians have deployed to Afghanistan to assist in the drawdown of troops from the area [Crown Copyright: LPhot Ben Shread]

The UK MoD has announced Operation PITTING, an NEO, has been established to support the drawdown of British nationals from Afghanistan.

News Release, Whitehall, 13 August 2021: As a result of recent events within Afghanistan, the Prime Minister has agreed the use of military support to facilitate the next phase of drawing down British Nationals from the country, including the use of RAF aircraft should it be needed.

Operation PITTING will be commanded from the UK’s Permanent Joint Headquarters in Northwood and is the name for military support to the evacuation of British Nationals and former British staff eligible for relocation under the Afghan Relocation and Assistance Policy (ARAP).

This will be led by the 600 members of the Armed Forces who have already begun to deploy, with members of 16 Air Assault Brigade leaving this weekend. Defence Secretary Ben Wallace said: “Protecting British Nationals and ensuring their safety as they leave Afghanistan is our top priority, which is why we are commencing Operation PITTING, for which our military are very well prepared.

“Over the next few weeks, we shall all do our very best to support the Afghan Government and those that have worked with us over 20 years.”

As announced yesterday, UK troops will be providing force protection and logistical support for the relocation of British nationals where required and assist with the acceleration of the ARAP. To accelerate this process the Home Office will be deploying a small team of officials to assist the FCDO in Kabul. They will be tasked with streamlining the processing of new visas and other documents needed for British nationals, former UK staff and other eligible people to leave Afghanistan and travel to the UK.

Home Secretary Priti Patel said: “We have a moral obligation to support the fearless Afghan staff and their family members, who served alongside our brave troops in Afghanistan.

“No one should have their lives put at risk for working with the UK Government, which is why we have significantly expanded and accelerated our dedicated resettlement scheme, deployed Home Office officials to help process British nationals for evacuation, and waived visas for their dependants.”

British nationals who have not already done so should call the British Embassy Kabul on +93 (0) 700 102 000 and select the option ‘Consular services for British nationals’ as soon as possible to discuss their departure plans.