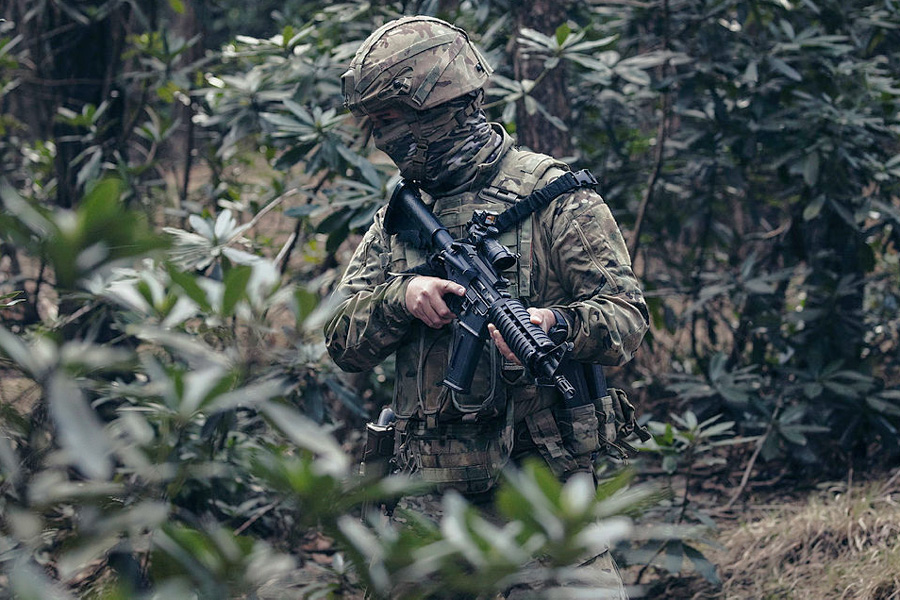 A little more detail was released today, in the FUTURE SOLDIER Guide, about the new British Army Spec Ops Bde and Ranger Regiment.

The role of the Army Special Operations Brigade (Army Spec Ops Bde) is to operate in complex, high threat environments below the threshold of war alongside specialised Partner Forces to deliver operational insights and effects to counter Violent Extremist Organisations and Hostile State Threats. Headquartered in Aldershot, the Army Spec Ops Bde has persistent presence across the world and can be authorised to operate at higher risk beyond the remit of Conventional Forces.

The Ranger Regiment, formally established from 1st December 2021, provides the foundation for the Army Spec Ops Bde, operating at the vanguard of expeditionary posture in austere and hostile environments. This involves deterring adversaries and contributing to collective deterrence by training, advising and if necessary accompanying partners in support of national interests.

The Ranger Regiment badge takes its inspiration and spirit from the Peregrine Falcon, a bird that is fast, found across the globe and loyal to its partner.