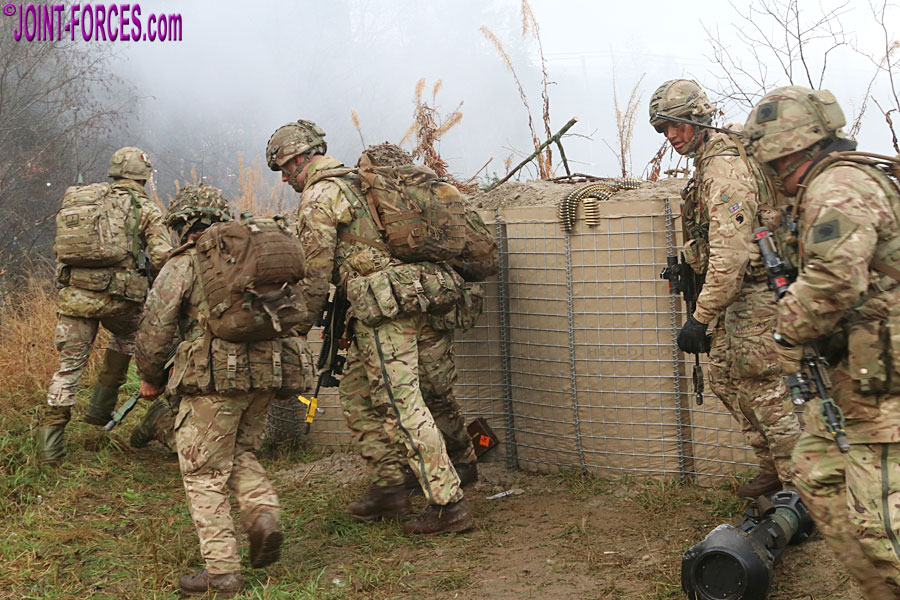 The British Army FUTURE SOLDIER reorganisation was announced on 26 November 2021 and a useful 103-page Guide was also published shortly after, writes Bob Morrison.

When the ‘FUTURE SOLDIER’ plans were revealed, including confirmation that Regular troop numbers would be slashed to just 73,000, the UK Ministry of Defence described the process as the “most radical transformation programme in over 20 years”. Whether or not these plans come to fruition remains to be seen ~ remember how ‘ARMY 2020’ evolved into ‘ARMY 2020 Refine’ while the changes were still in progress ~ but restructuring has already commenced and many units will re-subordinate to different parts of the Army in 2022. As previously announced, in the March 2021 UK Integrated Review (of Security, Defence, Development and Foreign Policy) aka the Defence Integrated Review, new Brigade Combat Teams (BCT) and Groups will be formed. Most units will also be re-structured as the force is re-balanced and some units will adopt new roles and new equipment; the precise detail of all of the changes and how they will affect each unit, and all workforce types, will be directed by separate orders issued by the Army HQ over the coming months.

Last night, as I was already feeling glum after regrettably having to cancel plans to attend the EDEX defence and security exhibition in Cairo next week, I spent a few hours reading and rereading the FUTURE SOLDIER Guide to try to ensure I picked up all its nuances. The British Army, like its responsibilities and challenges, has changed a hell of a lot, and not always for the better in my opinion, over the 35 or so years I have been reporting on aspects of it and its equipment and this latest restructuring looks like it will require a little bit of mindset recalibration on my part. I (like my contributor friend and colleague Carl Schulze) do not fall into the ‘armchair general’ category, preferring instead to report on the facts rather speculating and pontificating, like many do on social media, on how the Armed Forces could do things differently or better, and the only way to accurately report is to try to process all the available facts.

To help get my mind around FUTURE SOLDIER I decided to create a relatively simple crib sheet of the proposed new British Army structure, and as I suspect this might be of help to some of our readers I am posting it here (where of course it also gives me a quick reference page to call up when necessary). From time to time I will probably also delve a little deeper into some of these new or revised structures.

“The Allied Rapid Reaction Corps (ARRC) stands at high readiness to deploy and lead NATO’s Response Force (NRF). The Army’s position as the pre-eminent European Land partner to the US is achieved through leadership in NATO and reflected in the tenure of the Alliance’s deputy commander post. HQ ARRC provides NATO’s leading 3-star HQ, capable of deploying around the world in a variety of configurations to command national or NATO missions. It provides a framework within which international partners can deploy forces and is capable of operating across the spectrum of conflict.”

The ARRC, headquartered at Innsworth on the periphery of Gloucester, consists primarily of 104 Theatre Sustainment Brigade and 1st Signal Brigade. “104 Theatre Sustainment Brigade is the Army’s theatre logistic enabling formation whose role is to deliver scalable logistic enabling Force Elements at readiness. It was re-subordinated to the ARRC in Oct 2021. The Brigade activates strategic and operational Lines of Communications; mounting and deploying forces that deliver specialist logistic effects in support of joint expeditionary and enduring operations whilst providing robust support for both UK and overseas contingency operations.” The 1st Signal Brigade “sits under the operational command of HQ Allied Rapid Reaction Corps (ARRC). The Brigade provides Force Elements specialising in communications to the ARRC, Permanent Joint Headquarters (PJHQ), the Joint Helicopter Force and Other Government Departments (OGD).”

The Field Army is a 3-star organisation, led by Commander Field Army (CFA) and headquartered in Andover, a little to the east of Salisbury Plain. The formation is “the cornerstone of the Army’s contribution to modern deterrence. It is a generating and operating command with responsibilities across current and contingency operations, and persistent engagement overseas. It delivers Land Component Command for programmed operations, and wider activity. In addition, it provides properly trained Land Force Elements for operations, including wider support to the Joint Force; standing military commitments; and delivery of the Army’s specified contribution to contingent operations.”

Home Command, commanded by a 3-star general and headquartered in Aldershot, is “the Army’s supporting command and sustains the foundations of the Army’s fighting power. It is the institutional backbone of the Army and underpins the Field Army through the delivery of community engagement, recruiting, basic training, education, support to cadets and veterans, and state ceremonial and public duties. The organisation provides the Army’s personnel support, institutional support and the physical firm base – infrastructure. In addition, Commander Home Command is the Standing Joint Commander (United Kingdom), responsible for operations within the UK that protect our people at home.”

The Joint Helicopter Command (JHC) is also headquartered in Andover and “brings tri-service helicopters together under one command, providing lift, find and attack capabilities – this includes management of the Watchkeeper capability. The primary role of the JHC is to train, sustain, and assure, to deliver Battlefield Helicopters for Defence to support current operations, UK resilience, global contingency and for persistent engagement overseas.”

Footnote: I suspect that it is the revised structure of the Field Army and its four main components which many readers will be most interested in and I plan to delve into these areas a little further down the line as the fog disperses. It might help us tell the story if Whitehall’s Directorate of Defence Communications started to communicate again with the specialist defence media and permitted us to cover troops on field training exercises, thereby allowing us to provide independent coverage, rather than them providing often heavily spun and belated self-generated propaganda… but I, for one, am not holding my breath on that score.