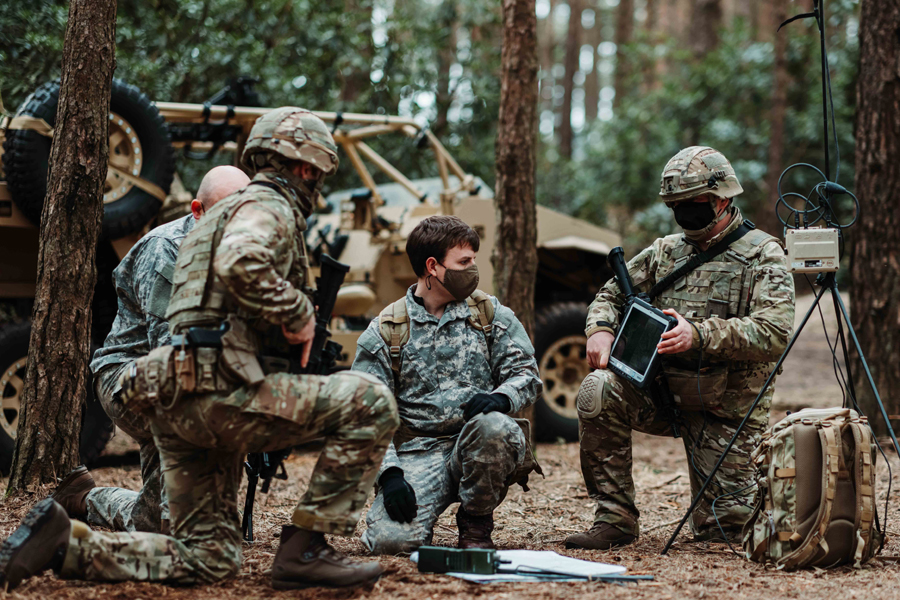 News Story, Whitehall, 25 March 2021: To meet the next challenges in warfare, through the Future Soldier transformation plan, a new highly-trained Army unit will be formed to conduct Special Operations.

The new Ranger Regiment will be part of the Army Special Operations Brigade and will be made up of forces trained and ready for unconventional action. The Regiment will initially be based on four Infantry Battalions but will also select personnel from across the Army.

Under Future Soldier, the Army is becoming lighter, more agile, more lethal and more expeditionary than ever before. While always ready to fight, the Army is evolving to more actively counter the broad security threats presented by state competitors and violent extremists in the digital age. Troops will need to be able to work in a number of different environments, not always in an overt warfighting role, but also below the so-called threshold of conflict, or in support of partner nations through training advising and enabling.

The Army’s Special Operations Brigade will complement the work of Special Operations troops across in the Armed Forces and those of our allies. The Ranger Regiment will be capable of operating discreetly in complex, high-threat environments, deterring adversaries and contributing to collective deterrence by training, advising and – if necessary – accompanying partners in support of our national interests.

The Rangers draw their name from an elite unit that fought in the British Army in the 18th Century in North America, using irregular tactics. The British Army shares this heritage with US Special Operations Forces, whose 75th Ranger Regiment traces its lineage back to the same grouping. In addition, our Ranger Regiment draws on the proud tradition of British Army units and formations honed for unconventional operations such as the Special Service Brigades, the Raiding Support Regiment, V-Force, the Chindits and T-Force during World War Two.

Ranger units emerged from North American colonial Scout companies. They first saw action during the French and Indian War (1754-63) with the most famous being Rogers’ Rangers. It was this unit’s founder, Robert Rogers, who wrote the original 28 Rules of Ranging. Ranger units were theatre-level assets that specialised in unconventional warfare (such as ranging the forests). They were able to operate independently and in terrain and environments that were inaccessible to regular forces. They could be used as skirmishers on the battlefield but were better employed in a deep reconnaissance role and to secure routes.

Ranger units were used by both sides during the American War of Independence (1775-83) with Rogers’ Rangers evolving into the Queen’s Rangers, which then became a British Army regiment. After the loss of the North American colonies, the British Army lacked a forested frontier where it could usefully employ a ranger unit and the capability ceased to exist in its pure form. Not long after, in 1800, the Experimental Rifle Corps was created at Shorncliffe Barracks to systemise into doctrine the light infantry experience gained in North America. This was not ranging in the pure sense, rather a narrower derivative of their battlefield role. One of the first rifle units was a battalion of the Royal American Regiment and it is quite possible that amongst its recruits were men who had previously served as a Ranger.

As time moved on there were four further British Army regiments that incorporated the term ‘ranger’ into their titles: Central London Rangers; The Connaught Rangers; The Royal Irish Rangers; and The Sherwood Rangers Yeomanry. ‘Ranger’ is still used to describe a soldier of the Royal Irish Regiment. The use of the term ranger did not mean they had a specialist ranger role, or that they used unconventional tactics.

In the United States ranger units continued to be employed by the military during the nineteenth century. By the early twentieth century ranger units no longer existed in the US Army. In 1942 ranger battalions were raised and specifically modelled upon the British Army’s Commando units. The current 75th Ranger Regiment is a direct descendent of these World War Two units. It references Rogers’ original 28 Rules of Ranging.

While the new Rangers might not have to abide by the original 28 Rules of Ranging – including turning up to evening parade with a ‘firelock, sixty rounds of powder and ball, and a hatchet’, they will be self-sufficient and highly resourceful, just like the Rangers of the past. While the Ranger Regiment has an impressive heritage, its focus will be on the challenges and threats of today and tomorrow.

Editor’s Comment: The vehicle in the background of the Project HERMOD IR Rehearsal image at the start of this article is a Polaris DAGOR – from its showroom appearance and lack of markings quite possibly the company demonstrator seen at past AWE demos – and the bare-headed personnel wearing what appear to be US Army OCP uniforms are believed to have been role-players during the dynamic display. The two soldiers from the Specialised Infantry Group, from which the Ranger Regiment will be drawn, appear to be wearing proprietary Crye MultiCam combat shirts and trousers similar to those being adopted by the Royal Marines rather than standard issue UK MTP camouflage combat uniform.