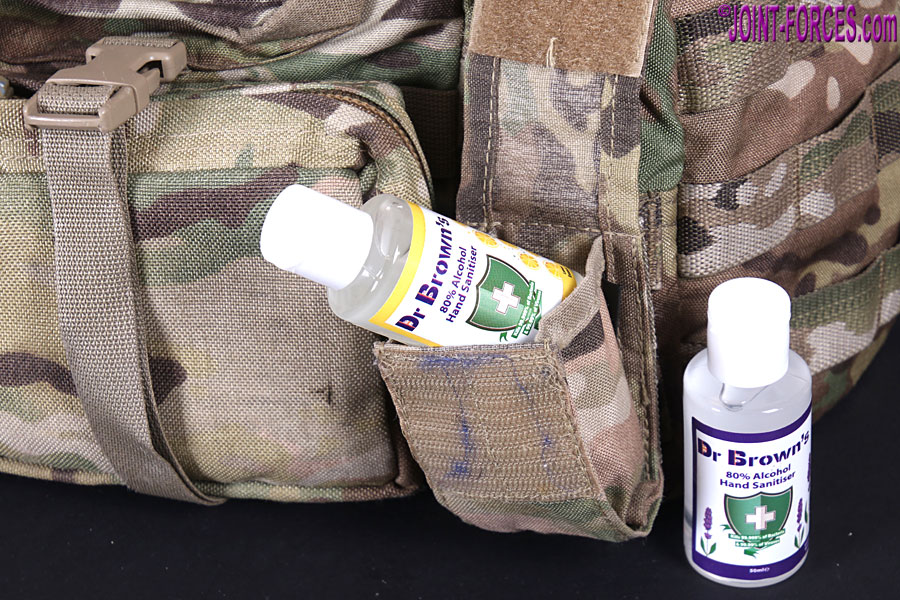 We mostly think of BCB International as a manufacturer and supplier of military and survival kit, plus of course FireDragon fuel used to heat field and survival rations, but their core business is actually in medical supplies and indeed the family-owned company name derives from a medicinal tincture, used by British troops in the 1850s Crimean War, known as Dr. Brown’s Cough Bottle.

To cut a long story short, BCB FireDragon eco-friendly biofuel is manufactured in Wales from UK-sourced plant ethanol and has a very high alcohol content. When COVID-19 was declared by the WHO to be a pandemic, BCB immediately started producing hand sanitiser at their FireDragon plant, primarily for the NHS and care industry, before making excess capacity available for civilian purchase. Incidentally, the company also produces medical face masks and other PPE but at present all such production is earmarked for the NHS as the virus starts spreading once again. Throughout the summer, however, with both UK and overseas major military fuel orders fulfilled for the present the company started building up vast stocks of Dr Brown’s Hand Sanitiser having anticipated that a second COVID-19 spike was highly likely.

Once the initial heavy NHS, and blue light service, demand for hand sanitisers through the spring and into early summer had been met, the BCB lab team also experimented with adding essences to Dr Brown’s and in recent weeks they have built up stocks of both Lemongrass and Lavender fragrances as an alternative to the Natural sanitiser (which is not unpleasant on the nose but it does have a bit of a hospital smell). At present 50ml and 500ml bottles, plus 5-litre refills, are available in all three fragrances but the standard 250ml bottle used by the health and care sectors is only produced in Natural to meet demand in those sectors.

Back in May BCB Managing Director Andrew Howell produced a technical paper on alcohol percentages used for hand sanitisers which some readers may find of interest, so I have included some extracts below:-

“Viruses, including Coronavirus, are notoriously more difficult to kill than bacteria. Empirical evidence has shown that Coronavirus is roughly 10 times more resilient compared to some bacteria, like E. Coli., when tested against alcohol hand sanitisers. Test standards like EN1500 and EN 1499 (which relates to handwashes, not hand rubs) are a good benchmark against bacteria but are not testing the viricidal efficacy; unlike the EN14476:2013 + A2:2019 tests.”

Andrew, who I have known since the last millennium, goes on to explain: “We believe a viscous gel rather than a liquid is more effective as the contact time, (the time between the product and any virus or bacteria) is the second most important factor to defeat any micro-organisms. Liquid evaporates quicker and can run off your hands compared to a thicker viscous gel.

“Concentration of alcohol is though all important. Alcohol of say 95% or 100% is ineffective; it needs water to work. Some hand sanitisers do not even quote what percentage of alcohol is in their formula. Experts agree 60% alcohol should be a minimum. But why? A hand sanitiser of 70% concentration claims a 99.9% effectiveness against bacteria. As viruses are approx. ten times more difficult to kill than bacteria then this 70% concentration would only be 99% effective against viruses. Even after washing your hands you will still be holding millions of viruses in your hands.

“If we assume clean hands are typically contaminated with ten million virus cells (Log 107) before treatment, the below table shows the possible comparison of viruses which maybe left immediately after washing with soap, sanitising with a 70% sanitiser or sanitising with Dr. Browns 80 % sanitiser.”

Incidentally, having been caught out in the early days by alcohol-free hand sanitiser prominently displayed and sold by a major High Street outlet which, though it probably kills bacteria does not appear to have been tested against viruses, far less the deadly Coronavirus, I now only carry minimum 70% alcohol gels and, whenever possible, 80% Dr Brown’s. Using free sanitiser of unknown strength and efficacy provided by businesses for the general public is almost certainly better than nothing, but as a 50ml bottle of 80% Dr Brown’s takes up very little room in the pocket or handbag / manbag why take the chance?