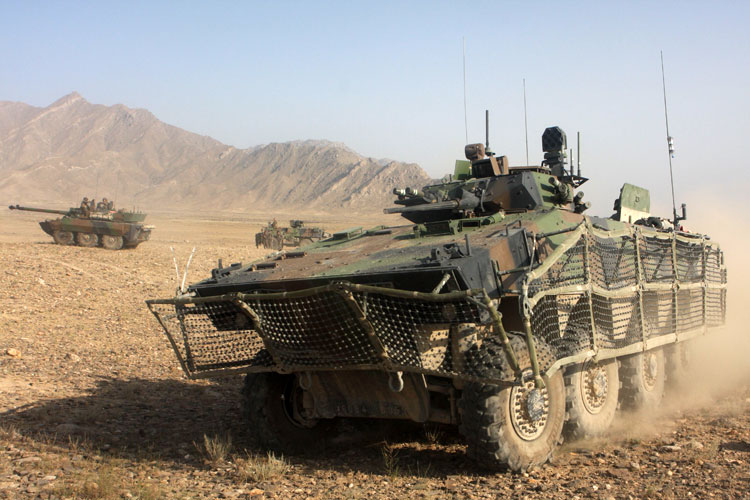 NEXTER has announced that the company will present at SHIELD AFRICA 2019 on the Ivory Coast to respond to the needs of African Forces.

Press Release, 18 January 2019: NEXTER, a KNDS Group company, European leader in land defence, will be present at SHIELD AFRICA in Abidjan from January 21 to 24, 2019. For this fifth edition, under the theme of “Living, Regulated Land, Sea and Air Frontiers, Conditions for the Development of Africa”, the French architect and system integrator will propose a selection of its range of equipment in the field of artillery, armoured vehicles, naval and air weaponry, robotics and ammunition.

Proven solutions for today’s issues: Mainly drawn on expertise from the French Army’s use of the Armoured Combat Vehicle (VBCI) on the African territory, the CAESAR 155mm artillery system and the Highly Protected 4×4 Armored Vehicle ARAVIS, NEXTER will present its range of products adapted to the operational issues of African land forces. NEXTER’s booth will exhibit the models of the 105LG towed gun and of the TITUS in its armoured personal carrier (APC) and homeland security (HS) versions. These versatile, robust and reliable equipment perfectly meets local needs, both in the city and difficult terrain as well as across the spectrum of missions, from peacekeeping to high intensity missions, through counter terrorism and homeland security.

In addition, NEXTER will exhibit a range of innovative solutions, such as the NERVA monitoring and recognition mini-robot range or the FINDMP digital system for decision-making process. The booth will also host the mobile clinic system, whose mobility concept allows effective care even in hard-to-reach areas.

NEXTER will also be present in the aerial and maritime dimensions by proposing the different adaptations of its famous 20mm gun (20 * 621) on several weapons mounting including the P20 (manual mounting for light vehicle), the POD NC621 (Pod canon for helicopters and light aircraft), the NARWHAL (tele-operated and stabilised naval turret), or the 15A / 15B (light naval mounting).

Finally, a wide range of ammunition, ranging from 20 mm to 155 mm, will be exhibited, including tank and artillery ammunition as well as naval and aeronautical ammunition.