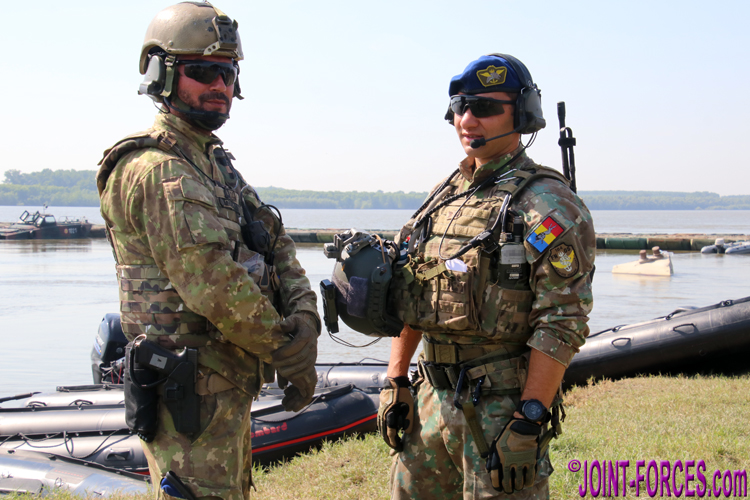 Part of the Romanian Naval Special Operations Forces, Forţe Navale pentru Operaţii Speciale or FNOS, the operators from Unit 164 are their country’s equivalent of the US Navy SEALs, who they regularly train with, or Britain’s SBS. Born out of the 39th Diving Center, a highly specialist combat diver establishment formed in the 1970s at a time when Romania was part of the Warsaw Pact but endeavouring to maintain a degree of independence from the tentacles of the Soviet Union, today’s 164 FNOS is fully integrated into the NATO Special Forces community.

The elite unit’s roles include: underwater intervention; the prevention and combating of terrorism; and the removal of dangerous classic or improvised explosive devices, on or outside national territory, independently or in cooperation with similar NATO forces. The unit appears to have many parallels with B Squadron of Poland’s GROM, but whereas that unit is at home in the Baltic, 164 FNOS has both the Black Sea and the lower reaches of the River Danube plus its estuary as its primary home Area of Responsibility.

The Romanian operators featured here were the advance elements of a River Assault operation against the enemy-held east bank with the aim of clearing a bridgehead to allow a 500 metre long ribbon bridge to be constructed over the Danube, which at the time was in full flow and much wider than usual for the time of year following the heavy June rainfall in central Europe. In addition to those operators undertaking the covert recce, combat divers from Unit 164 also provided both notional and real-time safety cover during the crossing by Romanian Marines.

The camouflage uniform worn here is the Land Forces version of Romanian M2017 pattern, but the load carriage vests are Crye MultiCam pattern; as can be seen, the colour palettes are similar, though not identical, but the two patterns are still compatible. The beret colour is blue, slightly darker than the shade of the national tricolour, and the cap badge and arm patch consist of a winged trident / anchor with what looks to me to be a sea serpent. The primary assault rifle carried is the M4 and the personal weapon is the Glock 17.