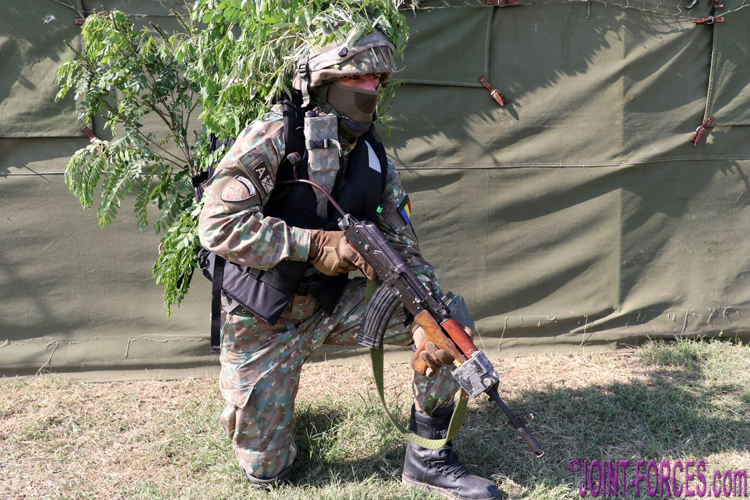 On the western shores of the Black Sea, bordered by Moldova and Ukraine to the north with Sevastopol on the Russian-annexed Crimean Peninsula just 300 kilometres distant, the 240km (150 mile) long Romanian coastline with its important ports and industrial complexes is potentially vulnerable to amphibious invasion. Additionally, the many waterways of the mighty Danube, Europe’s second longest river which is navigable all the way up to Bavaria in Germany, form a key transport link into the heart of Europe which needs to be defended. The Romanian Navy’s all-professional 307th Marine Infantry Regiment, increased from battalion to regiment strength in 2018, forms the core of this defence.

Lightly armed and equipped to allow rapid deployment, 307 RIM primarily deploy on inflatable boats when operating on the Danube river and around its massive delta, but they also have amphibious TAB B-33 Zimbru armoured personnel carriers, Romanian-made BTR-80 variants, at their disposal. Their standard personal weapon is the 5.45mm PA md.86 (Pușcă Automată model 1986) assault rifle, which is a locally produced and internally redesigned derivative of the AK-74. In case the reader is wondering why the Marine featured here is wearing so much foliage, the reason for this is that the troops taking part in the Distinguished Visitors Day dynamic display on the Danube at the end of SABER GUARDIAN 2019 were laid-up aboard inflatables in hides along the riverbank prior to mounting an assault crossing. The black life vest with reflective panels at the shoulders, worn over the uniform, was a peacetime Health & Safety requirement and would not be worn in a combat scenario.