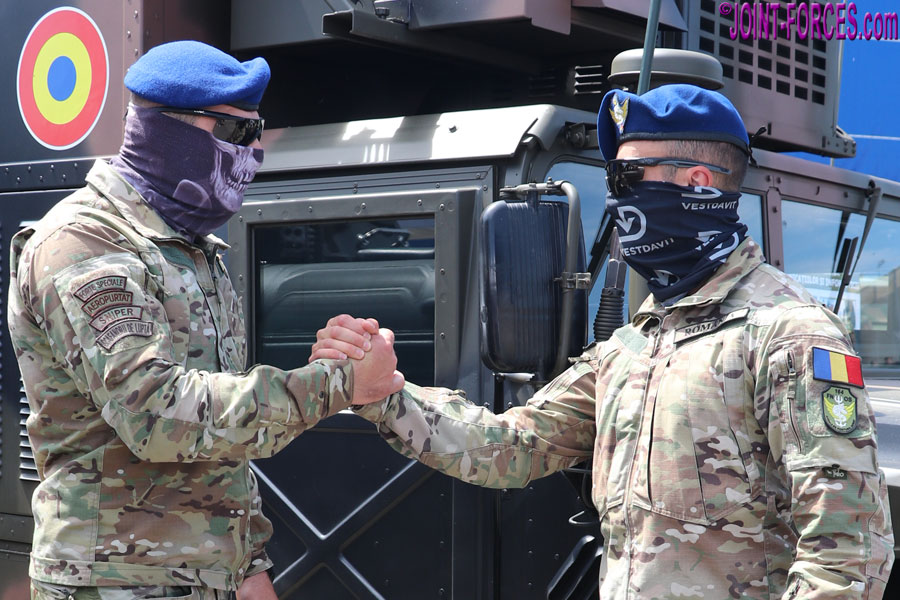 At the BSDA 2022 defence and security expo in Bucharest we were able to photograph the new Romanian Special Operations Forces camo, reports Bob Morrison.

The last time I had the opportunity to photograph Forţele Pentru Operaţii Speciale or FPOS operators, from 164 FNOS during SABER GUARDIAN 2019, they were wearing the new Romanian M2017 Land Forces camo pattern. Roll forward to BSDA 2022 and both this Navy Special Forces unit and operators from its four Army Special Forces sister battalions in the FPOS command were wearing Genuine MultiCam uniforms.

The distinctive cut of the uniforms worn by these operators marked them out as being UF PRO designs, manufactured in Slovenia by a company formed 25 years ago, rather than the more usual Crye Precision uniform designs. If Crye designs are the ‘Rolls Royce’ of SF uniforms, UF PRO designs are probably the ‘Aston Martin’ as these guys really know how to tailor cloth; regrettably, however, they do not make their trousers (or pants, if you speak Bubble Gum English) sized for the vertically-challenged champion pie-eater, so I do not own a pair.

Back to FPOS. In 2009 Romanian Special Forces battalions, as part of 6th Special Operations Brigade ‘Mihai Viteazul‘, were structured as:-

More recently the four Land Forces battalions have been renumbered 51, 52, 53 and 54 and a fifth (training school) unit has been added. Each battalion, which carries on the often long-standing traditions of its predecessor formation, wears its own distinctive colour of beret and formation badge. Although I was able to photograph all five unit patches, unfortunately the 54th Battalion operator was wearing a MultiCam field cap and not his beret.

The operator in the three-view sequence is from 51 Special Operations Battalion ‘Vulturii’, as denoted by the dark green beret, and the guys in the blue berets are from 164 FNOS. Thanks for taking the time to pose for us gentlemen.