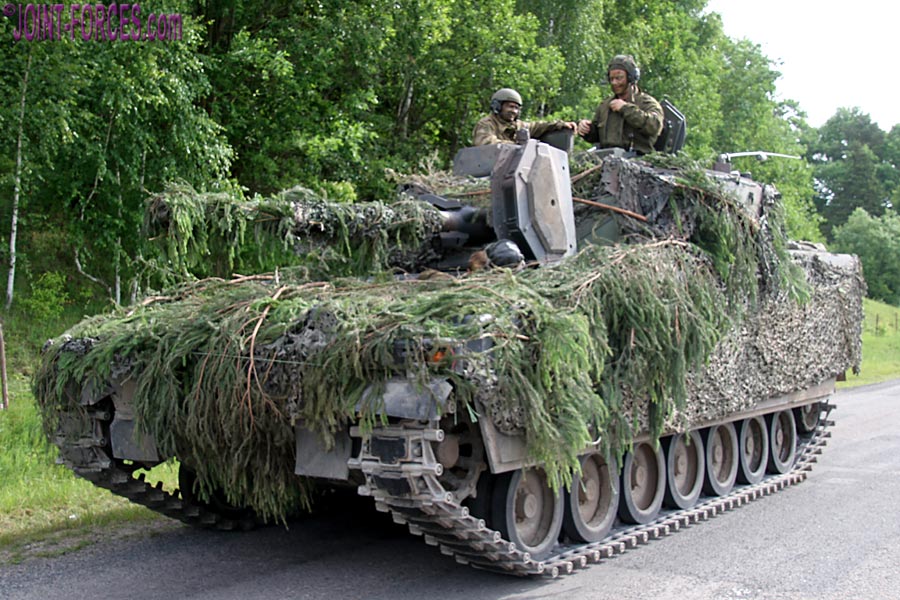 Finishing my Dutch rations trilogy I now look at the ‘Combat Ration Breakfast and Lunch For 24 Hours’ issued in Lithuania for IRON WOLF 17, writes Bob Morrison.

If given the choice of which nationality of NATO soldier, other than British of course, to share a slit trench with for 24 hours I reckon I would opt for Dutch. Not only has pretty much every Cloggie – to use the affectionate British military nickname for Dutch Marines and Soldiers – I have worked with over the last three decades both spoken great English and also been a decent guy, but our friends from the Netherlands are also now issued with pretty hearty and varied combat rations.

The Dutch Gevechtsrantsoen Ontbijt + Lunch Voor 24 Uur (Combat Ration Breakfast & Lunch For 24 Hours) was actually one of two different nation’s packs which first prompted me to start writing (typing) about non-UK rations many years ago; you can read about that 2007 pack in Part 57 of this series. This national ration type did not drastically evolve much over the next decade, other than some commercial brands being incorporated in response to Dutch operational service in Afghanistan and retort pouches being switched for the original cans, but by 2017 they were all-round pretty good; read more about the addition of commercial items in Part 58.

The pack taken apart here, and consumed to check for taste and quality, was given to me by the turret crew of a Dutch CV9035NL armoured infantry fighting vehicle during Exercise IRON WOLF ’17 in Lithuania. Unlike previous Dutch rations I have reviewed, the main components of this one (other than the meal pouches) were contained in a resealable polythene bag rather than a cardboard outer carton; I suspect from the actions of the crewman who handed down this ration that the bag may have been taken from a 10-man carton issued to feed both crew and infantry squad.

As before, this Dutch ration was issued with all secondary components and accessories in one package along with two separate main courses or, to use the Americanism, entrées. In the past the main course / entrée was mostly of the canned variety, but more recently foil retort pouches in tough cellophane outer bags with the contents and instructions labelled in both Dutch and English have been the norm. The two pouches I was handed with the main pack were Goulash and Jachtschotel or Hunter’s Stew, both with Parisian, or new, potatoes.

Inside the main resealable polythene bag the bulk of the contents were contained in two smaller resealable bags and there were also two commercial freeze-dried meal pouches, a box of matches in its own small resealable bag (which initially dropped out unnoticed while I was doing the photoshoot) and two more medium sized resealable bags; useful both for breaking down contents into smaller lots for use throughout the day and for bagging waste. My freeze-dried pouches (for breakfast and lunch) contained Instant Porridge and Muesli with Apples & Berries; both required a stipulated amount of boiled water to properly reconstitute.

The heavier of the two contents bags contained three foil packs of biscuits, three tubs of spread, one tub of jam, a plastic foil pouch of sugared peanuts, chewing gum, tissues, dextrose tablets, 2x toothpicks and a Rolly disposable toothbrush; the latter being a disposable item for cleaning and protecting the teeth which should be rolled around the mouth and not be chewed. The lighter of the contents bags contained 22 smaller sachets including: 3x teabags in one, 3x coffee, 2x hot chocolate, 2x cold powdered drinks, 1x beef soup, 1x chicken noodle soup, 6x sugar, 3x creamer, 1x salt, 1x pepper and 1x chilli sauce.

Although there are minor contents differences, such as types of drink powder, spreads, biscuits and snack sachets, essentially all bagged items are the same. There is variety in the main course retort pouches, one of which is intended for lunch and the other for dinner, but I have not been able to determine precisely how many different dishes are on offer. In total, according to published Netherlands Ministry of Defence sources, if two retort pouches and all edible bagged components are consumed the total energy provided should be 3,600 kcal. An enhanced ration pack – Rantsoen Onder Extreme Koude or ROEK – using freeze-dried main courses rather than retort pouches and giving 5,000 kcal is issued to Dutch Marines and troops operating in Arctic conditions.

Although I have worked more recently with Dutch troops, at Vlissingen Docks during the closing stages of the truncated initial DEFENDER-Europe 20 deployment by troops and equipment from the Continental United States, on that exercise 24-hour ration packs were not issued. Chilled microwaveable meals were provided instead to the mostly Reservists providing Host Nation Support to the Americans as temporary messing facilities were laid on inside the military compound established inside the port; that, however, is possibly a story for another day.