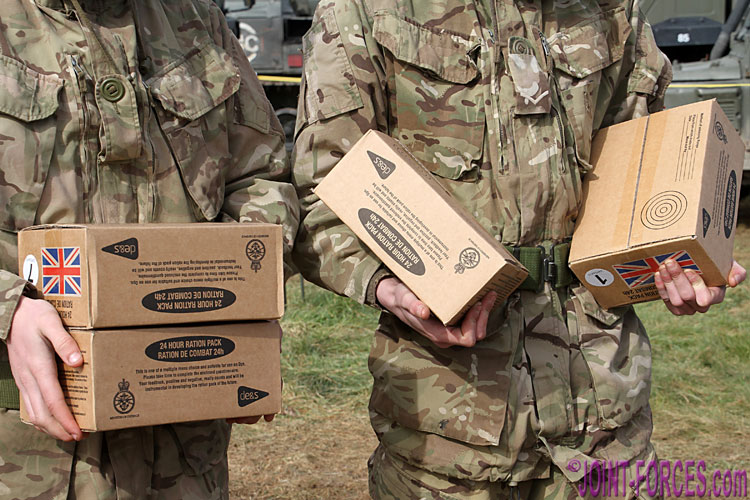 In this feature we look back at the S-type variants of the 2015/16 UK 24-hour Operational Ration Packs for troops with Sikh or Hindu dietary requirements, writes Bob Morrison.

The bulk of this article was first penned in the June 2016 issue of the now defunct COMBAT & SURVIVAL Magazine and is reworked as part of a sequence of features showing the evolution of mainstream UK rations packs from the start of combat operations in Afghanistan, and then Iraq, through to the present day 24-Hour and Individual Meal versions. 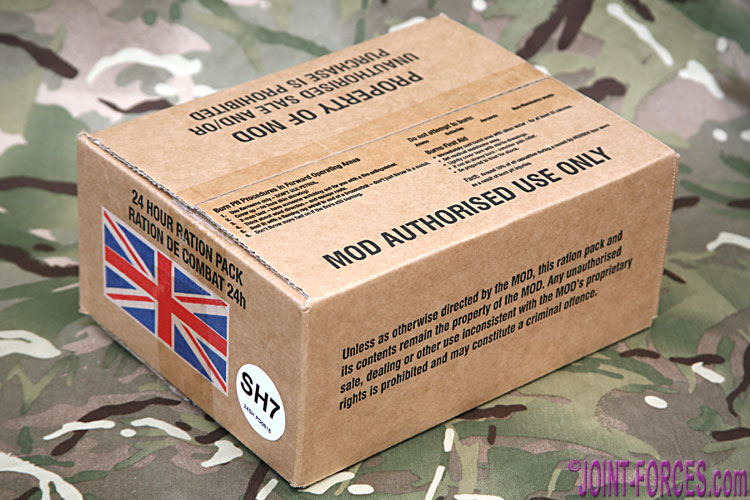 The British Army (and Royal Navy and Royal Air Force of course) has been well served on the battlefield in the modern era by those who provide its field rations. Around the time of Gulf War One (1991) and then the Balkans campaigns which spanned most of the following decade the General Service ration pack was as good as, if not better than, the sustenance provided to troops by most NATO armies but by the end of the last millennium the new Operational Ration Pack (ORP) took a clear stride ahead of most equivalents; both for variety and quality of contents. 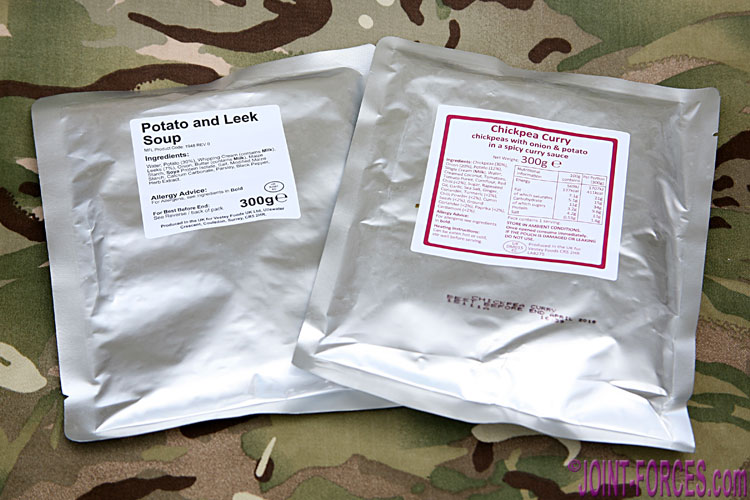 UK Forces deploying to Afghanistan on what became known as the Global War On Terror, following the 11th September 2001 terrorist attacks on New York and Washington, not only had a choice of seven Standard menu rations (A to G) but three Vegetarian plus nine religious variant (3x Halal, 3 Kosher and 3x Sikh) menus were also available along with four lighter Patrol menus plus both Hot Climate and Cold Climate variants tailored to specific operating theatres. By the end of the decade, when many troops were undertaking long tours at remote patrol bases in Afghanistan, additional menus were introduced to attempt to relieve dietary boredom. 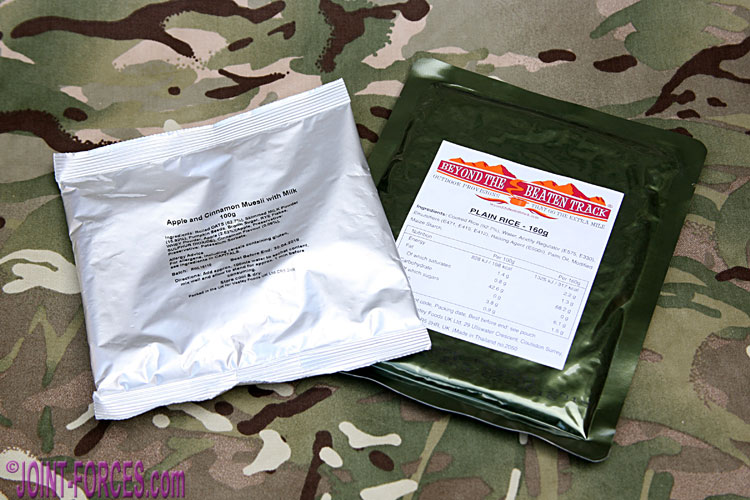 By 2015 the standard British 24-Hour Operational Ration Pack consisted of twenty menus in boxes of ten (A & B) and the trio of religious variants had been increased to ten apiece. When out in Chinchilla in November 2015 with the British-led multinational brigade on TRIDENT JUNCTURE ’15 we were able to photograph the contents of a Halal ORP intended for Muslim troops (see FR14.) and the following March, during Ex. TRACTABLE ’16 on Salisbury Plain we were given the Sikh/Hindu ORP, Menu variant SH7, to taste test. 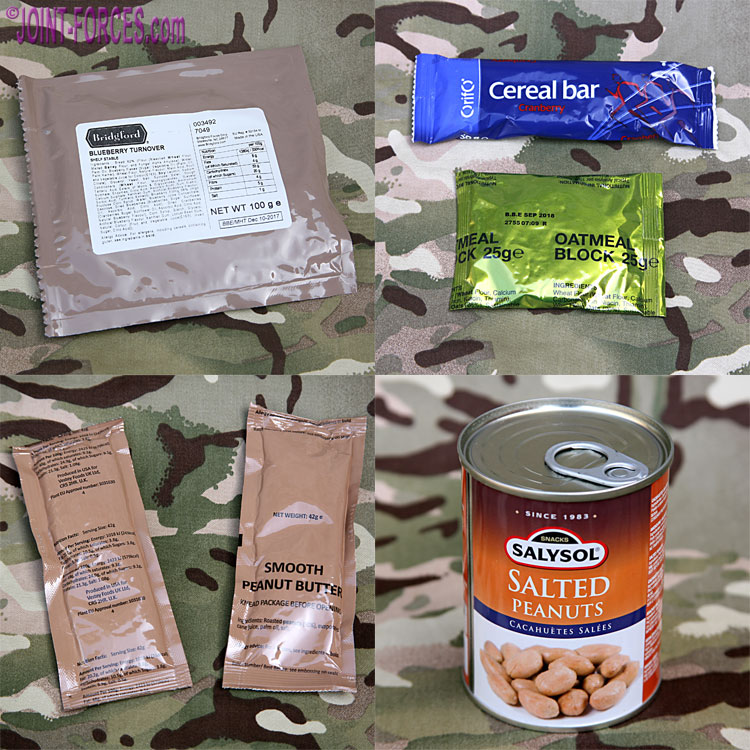 It is a common misconception that those who follow the Sikh and Hindu religions are vegetarian, but in reality neither belief expressly forbids the eating of meat. However after baptism Sikhs are forbidden from eating ritually slaughtered meat, such as Halal or Kosher, and likewise Hindus, who practise non-violence against animals, reject ritual slaughter though some accept the instant death (Jhatka) of animals for food and the Sikh religion accepts this form of slaughter too. As most will know, Hindus revere the cow so although some may eat other types of meat none will consume beef or veal. 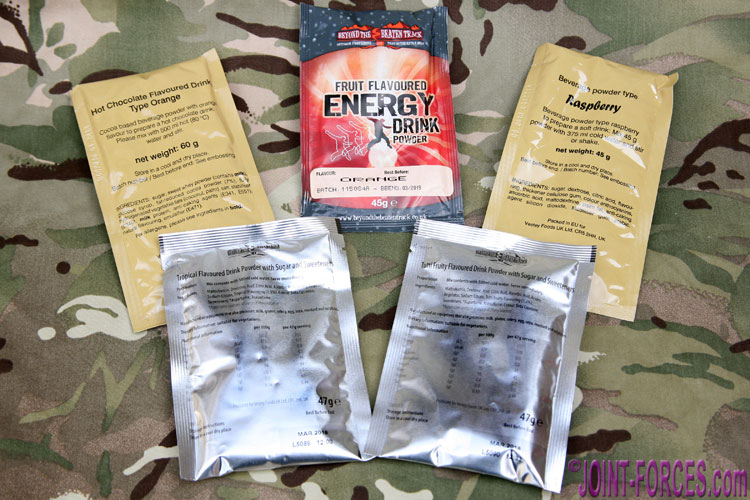 As these two Indian religions share many dietary and food preparation traditions, a common Operational Ration Pack was produced. All ten SH-type menus produced in 2015/6 were vegetarian in nature, to ensure suitability for all Sikhs and Hindus, and just like the standard ORP each was broken down into Breakfast, 3-course Main Meal and Snacks with a common accessories pack. 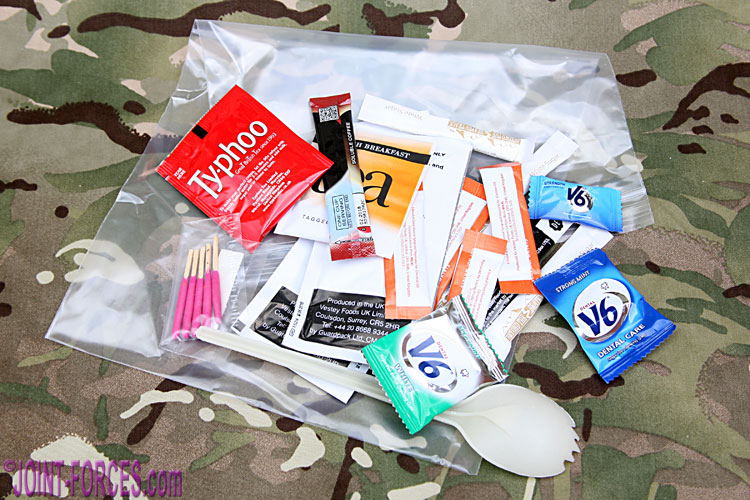 Although there were ten menus there were not ten different foodstuffs in each category and items were mixed & matched to give daily variety plus individual items could occasionally vary from what was listed. Breakfast choices, for example, consisted of 3x Fruitful Muesli, 2x Apple & Cinnamon Muesli, 2x Natural Muesli, 2x Potato & Beans and 1x Cinnamon Bun. I am not a fan of muesli, so I reckon I would be trying to swap brekkie pouches most days. On the main meal starter side the choice was 3x Pasta & Bean Salad, 3x Tomato & Pasta Salad, 3x Moroccan-style Bean Stew and 1x Tomato & Basil Soup (my S7 was packed in 2015 so contained Potato & Leek Soup rather than the Bean Stew). 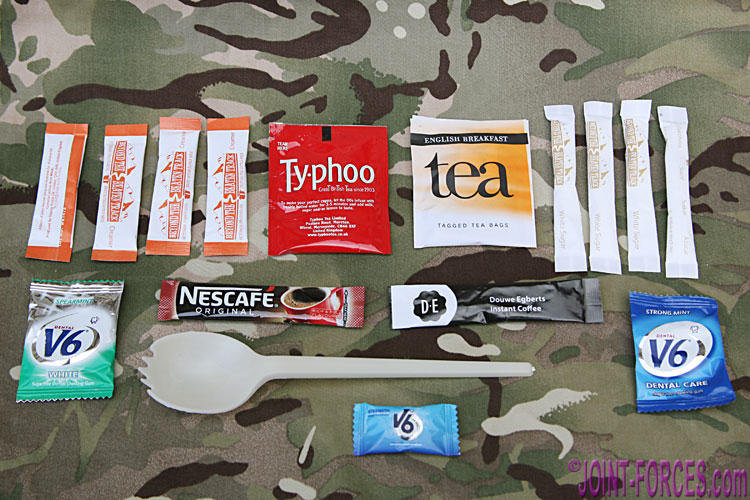 Turning to the Mains, curry ruled supreme with either a separate Rice retort pouch or Rice being a constituent of the main pouch. Choices were 4x Vegetable Curry, 2x Chickpea Curry, 2x Vegetable Korma and 2x Vegetable Biryani – I had the Chickpea and really enjoyed it, but be aware it was quite fiery. Desserts consisted of 3x Apple Turnover, 2x Blueberry Turnover, 2x Chocolate Pudding, 1x Ginger Pudding, 1x Rice Pudding and 1x Cinnamon Bun.

Other than the budgie food breakfasts, there was nothing in the Sikh/Hindu ORP selection that I would not choose to eat and I reckon some of the retort pouches were more appealing than a couple of the more bland items in the standard ration packs of the day. Choice was, however, somewhat limited.

So what about the third religious variant ORP, the Kosher version? These are even harder to track down than the Sikh/Hindu packs, but while out in Jordan on Exercise SHAMAL STORM ’16 we asked the RQMS if he had any spares. Within 24 hours the Rations Fairy (thanks, R.) had dropped off Menu K4 on the pillow of my cot and we will cover this one next.