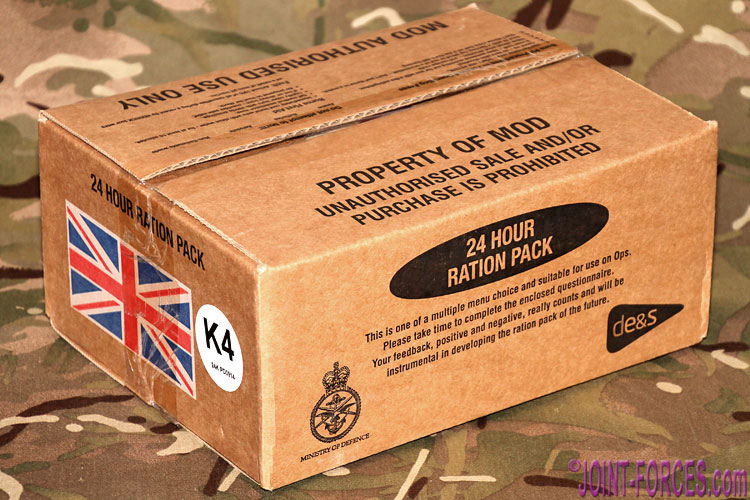 In this feature we look back at the K-type variants of the UK 24-hour Operational Ration Packs for troops with Kosher dietary requirements, writes Bob Morrison.

The bulk of this article was first penned in the July 2016 issue of the now defunct COMBAT & SURVIVAL Magazine and is reworked as part of a sequence of features showing the evolution of mainstream UK rations packs from the start of combat operations in Afghanistan, and then Iraq, through to the present day 24-Hour and Individual Meal versions. 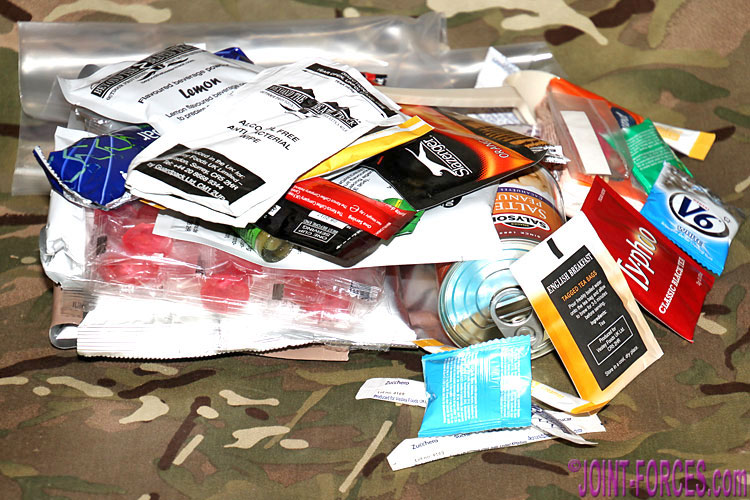 This time, having previously covered Halal and Sikh/Hindu menus, we are taking a look at the third of the Religious Variants of the 24-Hour Operational Ration Pack issued to troops on exercises and deployments. A relatively recently retired officer friend who is of the Jewish faith had been trying to source a Kosher ration pack for me for a couple of years without success and until the spring of 2016 I had actually never seen one in the field, despite contacting several quartermasters, then finally during Exercise SHAMAL STORM in Jordan the RQMS found a spare one for me. Thanks R. 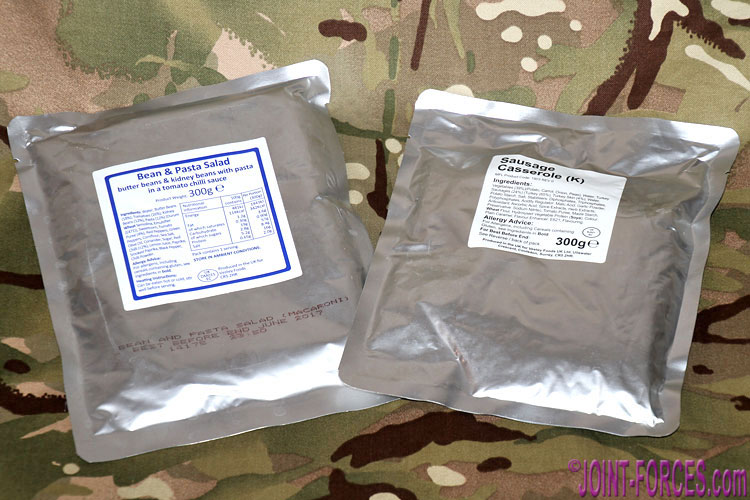 The Religious Variant ORP is intended to be as close as possible to the standard menus, with exactly the same calorific and nutritional values, and the only way of externally differentiating it is by the letters – H, K or SH – preceding the menu number. Just like the other two Religious (or Cultural) Variants, there are ten different menu combinations, as opposed to the twenty of the standard ORP, and they are batched in outer cartons containing one example of all ten. Soldiers with religious dietary requirements should make sure the quartermaster is aware of this before the exercise or deployment to ensure sufficient ration packs are held in store. 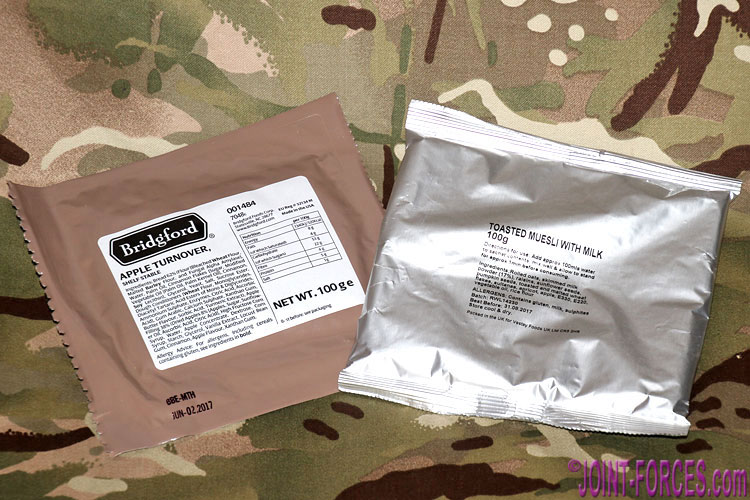 Kosher food classification is quite a complex subject, beyond the scope of this brief article, but in simple terms camel, hare, hyrax and pig meat cannot be eaten, nor can birds of prey or fish-eating waterfowl, and there are certain restrictions on some dairy products and eggs. Those meats which can be eaten must also be slaughtered in a specific way; incidentally, I am assured by those who should know that Jews can eat Halal meat and Muslims can eat Kosher meat as the methods of slaughter are very similar and the animal is blessed during the process. 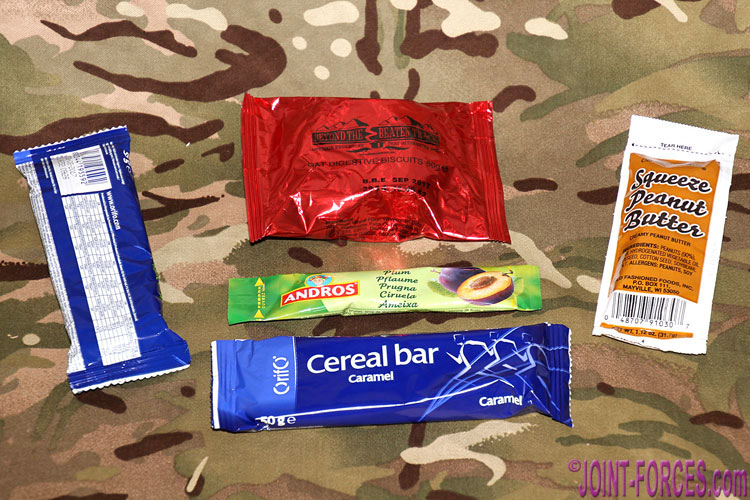 As the bulk of the contents and the accessory pack were pretty much identical to other UK ORPs, this time I will only concentrate on the Breakfast and Main Meal retort pouches. Breakfast choices as of late 2014, when the K-ORP illustrated was packed, included Kosher Sausage & Beans x2, Kosher Vegetarian All Day Breakfast x2, Potato & Beans x2, Mushroom Omelette, Toasted Muesli, Fruitful Muesli and Maple Syrup Bun. 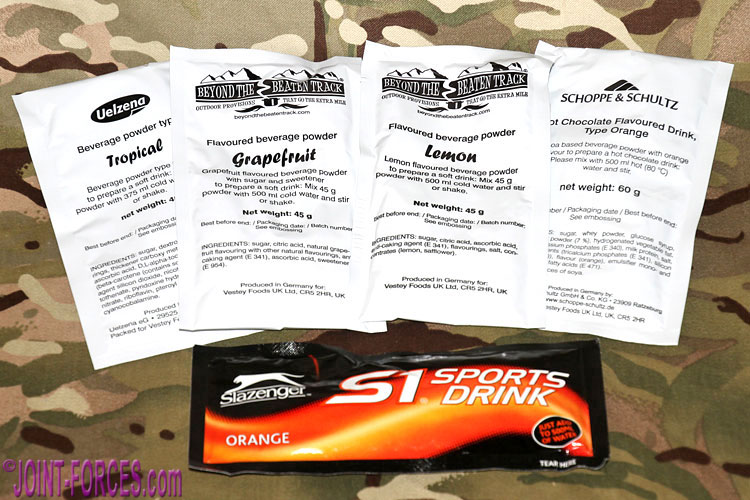 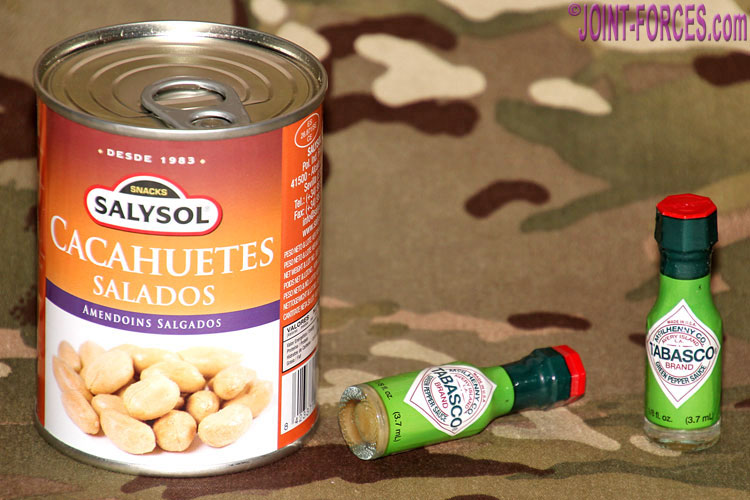 My Kosher ORP sample, as seen in the photos, was Menu 4 and included: Pasta & Bean Salad, with kidney beans, giant butter beans and macaroni in a tomato sauce; Kosher Sausage Casserole, with frankfurter style turkey sausages – I added the Green Tabasco to make this less bland; and Apple Turnover. I found all to be perfectly acceptable, but I am not an overly fussy eater.

For the next article in this mini-series I will look at a standard 24-hour ORP packed in June 2017, of the batch currently being consumed on exercises and deployments, and I will follow this with one of the new UK Single Meal Ration Packs or SMRP. 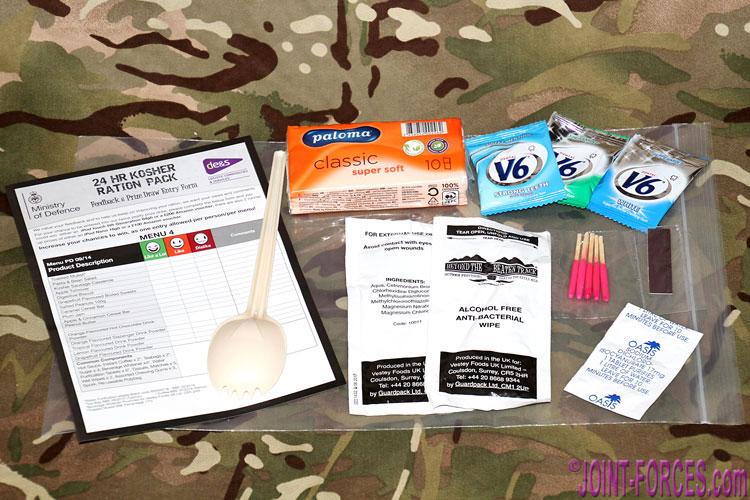