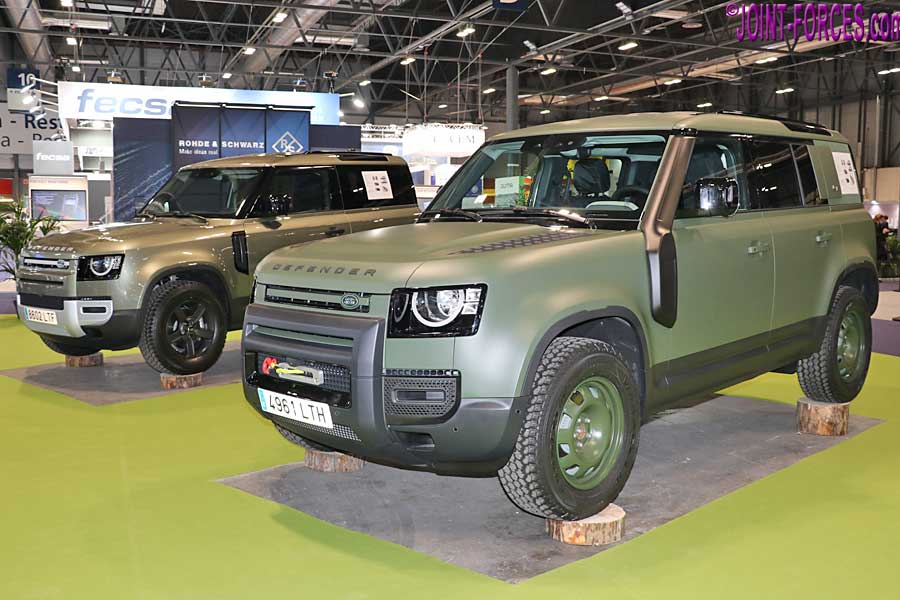 Some have asked if we are likely to see the New Defender model from Land Rover in military service and in my opinion the answer is yes, writes Bob Morrison.

No doubt some traditional Land Rover purists will be spitting feathers at the idea of a unibody (i.e. monocoque construction with no ladder chassis) vehicle with comfortable seating and no propensity to leave an oil trail or let in the elements, which most Defender and pre-Defender Land Rover models almost invariably did, being issued to the armed forces… but these are the same type of people who almost 40 years ago baulked at the idea of coil springs on the then new One-Ten model.

Don’t get me wrong. I am not suggesting that UK MoD is likely to buy several thousand of the New Defender model, built in Slovakia and known by the company as the L663 model as opposed to the earlier L316 model built in Solihull, to replace the roughly 6,400-strong current military TUM (Truck Utility Medium) or Wolf 110 fleet which has been in service since 1996. However as the MoD has procured various Range Rover models almost since its inception in the early1970s, and many different Land Rover Discovery models since the 1990s*, for mostly specialist uses it is a near foregone conclusion that a role will be found somewhere for Land Rover’s latest model bearing the Defender name. Indeed the New Defender might even be in service right now, as trusted sources told me some time ago that the company had already presented the L663 ‘behind closed doors’ to the British Army. Should any reader be able to confirm this, preferably with photos, we would love to hear (use the Contact Form on our Home Page please).

The vehicle featured on this page is a slightly militarised New Defender 110 model which was presented last November by Jaguar Land Rover España at the FEINDEF 2021 defence expo in Madrid. Available in 90, 110 and (since 01 June 2022) 130 wheelbase versions, the New Defender is currently only produced in 3-door and 5-door SUV variants but it is anticipated that Pick-Up Truck versions will also be introduced in the not too distant future to complete the family. Both coil-sprung and air-sprung (i.e. variable ride height) versions are in production and diesel, petrol and hybrid alternatives are already produced with an all-electric version under developed; incidentally, Land Rover actually produced several electric prototypes of the original Defender 110 a decade ago.

Already spotted in police livery in the UK and, as passengers recently passing through Heathrow might have spotted, at Britain’s flagship hub airport, the New Defender has also been ordered by the Czech Police. Supplied by local authorised agents Dajbych of Prague, who also tendered for the (subsequently cancelled) Czech Military Police requirement, it is reported the first batch of 30 NATO green vehicles are intended primarily for border patrol duties.

The nearest straight competitor to the New Defender is possibly the visually quite similar Ford Bronco, redesigned and relaunched in 2021 after 25 years out of production. However this ladder frame chassis construction 4×4 SUV, produced in both hard top and soft top 3-door and 5-door versions, is only currently available in Europe through niche-market importers.

* The UK MoD contract leased some Land Rover Discovery and Range Rover SUVs in Saudi Arabia at the end of 1990 for Operation GRANBY with a few going on to take part in Operation DESERT SABRE and the subsequent liberation of Kuwait (source: British Land Rovers In The Gulf by Bob Morrison).