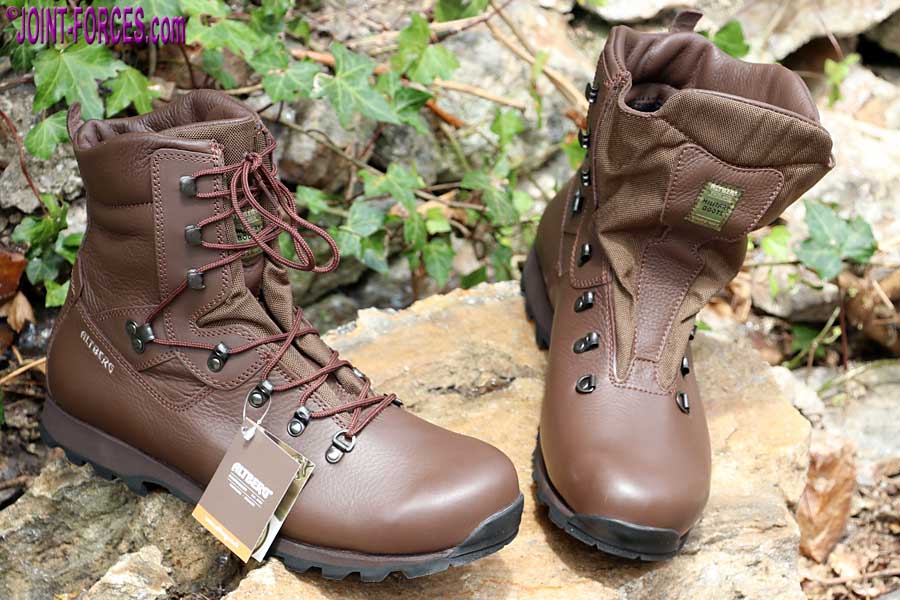 The latest evolution of the ALTBERG Tabbing Boot will shortly be available and we have just received a preview pair for evaluation, writes Bob Morrison.

Developed from the Yorkshire bootmaker’s classic Sneeker model, remodelled in 2008 on the more asymmetric AForme last designed by the company’s Master Bootmaker, the Tabbing Boot is a full leather (except for the tongue gusset) lightweight military boot aimed specifically at the highly active soldier who expects to cover a lot of ground on their feet. Most readers will probably know that in British Army, and especially Parachute Regiment, parlance a TAB is a Tactical Advance to Battle (i.e. what Royal Marine Commandos would term a yomp) and it is for precisely this use that ALTBERG were encouraged by military clients to create their Tabbing Boot model.

This latest version, in UK MoD Brown Nida leather, has a redesigned heel cup shape to make it a snugger fit and the production versions will have a colour-coded Defender sole rather than the black Vibram sole fitted to my early sample but other than this and the redesigned heel it is virtually identical to the earlier model. I do not have a pair of older design brown leather Tabbing Boots on my footwear rack but I still have a pair of second generation suede Desert Tabbing boots which have the original heel design so I snapped these alongside to give readers an idea of the difference. Next time you see these new boots they should be in much less pristine condition.

NB: AForme is a Registered Trademark belonging to ALTBERG