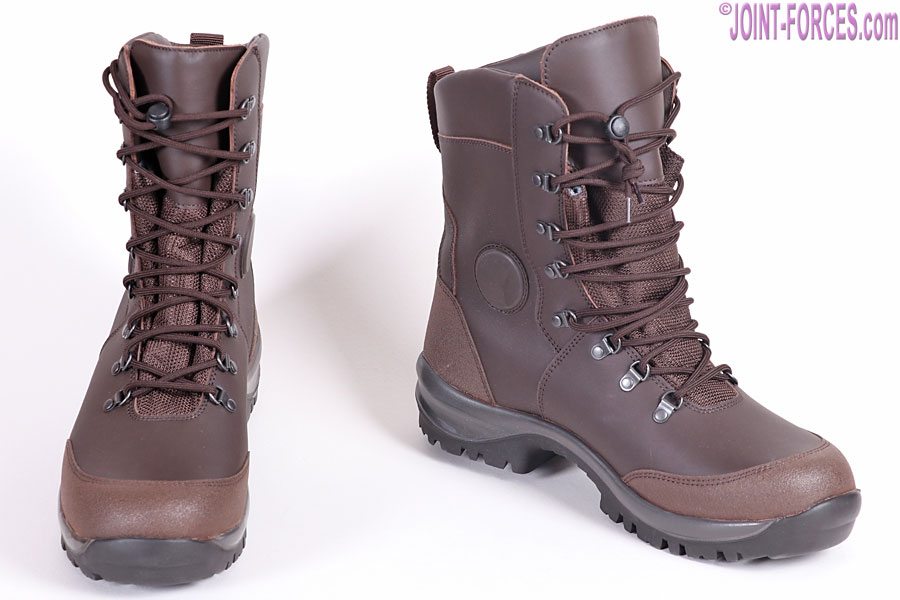 Based in Tartu, Estonia’s second city, SAMELIN has been in business since 1945 but it is a brand name that probably many of our UK and US readership may not be too familiar with. However, if you serve with one of the many armies and national police forces bordering the Baltic Sea there is a fair chance that your issue footwear might well have been manufactured by this Estonian company which turns out 10,000 pairs of boots and shoes, predominantly safety and military, every month. In addition to supplying the Estonian Army, their primary military footwear export markets are Finland, Latvia, Lithuania and Norway and Sweden and this Northern European manufacturer even supplies the Saudi Arabian Armed Forces.

This article is just a brief first impression as these ASMS boots are so fresh off the last that they only arrived at JOINT-FORCES HQ on Tuesday, while I was packing my gear to visit BSDA 2022, but I am so keen to try them out that I snapped them the studio and then brought them with me. The UK Ministry of Defence is just about to issue (delayed) tender requirements for the next 5-7 year combat boot procurement programme and a number of European and North American appear to be keen to throw their hats, so to speak, into the ring.

I was told by the company’s CEO when I visited their stand at World Defense Show 2022 in Riyadh that the new All-Seasons Military Service Boot, bearing the model number 747 119 500, was very close to launch and having seen their earlier and popular RAPTOR brown leather combat boot (model no. 8430 739 500) I was keen to see how the new boot compared. Now suitably impressed by its looks and construction, my next task is to give it a decent wear test ~ though first impressions on trying it on are that it is both comfortable and functional.

Clearly falling in what the UK MoD has designated the Boot Combat High Liability (BCHL) category for the last twelve or so years, the SAMELIN ASMS Boot has water resistant leather uppers, with an abrasion resistant textile high gusset tongue section, and an insulated waterproof breathable ePTFE membrane lining. The dual density shock-absorbing outsole is by RUBBERMAC and there is a polyurethane insole. Both toe and heel areas are protected with a 1.5mm bumper, there are circular ankle protectors, and there is a substantial pull-on loop at the back. Lacing is of the closed hook type, with a self-locking quick fastener and a stretch material lace pocket on the outside face; though there is nothing to stop purists tying their bootlaces in the time-honoured fashion. On 11th February 2022 this new boot model was fully certified as Occupational Footwear to CE EN ISO 20347:2012 Standard in PPE protection class O2 SRC HI CI WR HRO FO and production is now underway.

Hopefully that has whetted your appetite a little and I will get back to you in a few weeks time once I have had the opportunity to try out the ASMS Boot in a variety of conditions over different terrain types.

UPDATE: I have been getting on really well with these boots but as we have had a very dry late spring and early summer in Devon, and as my three foreign assignments have either been to desert climes or to parts of Europe where the daytime weather conditions have been closer to that of the Middle East, I have not yet the chance to try them in wet and muddy conditions… but when I do I’ll bring you my thoughts on this as an “all-seasons” boot. BM