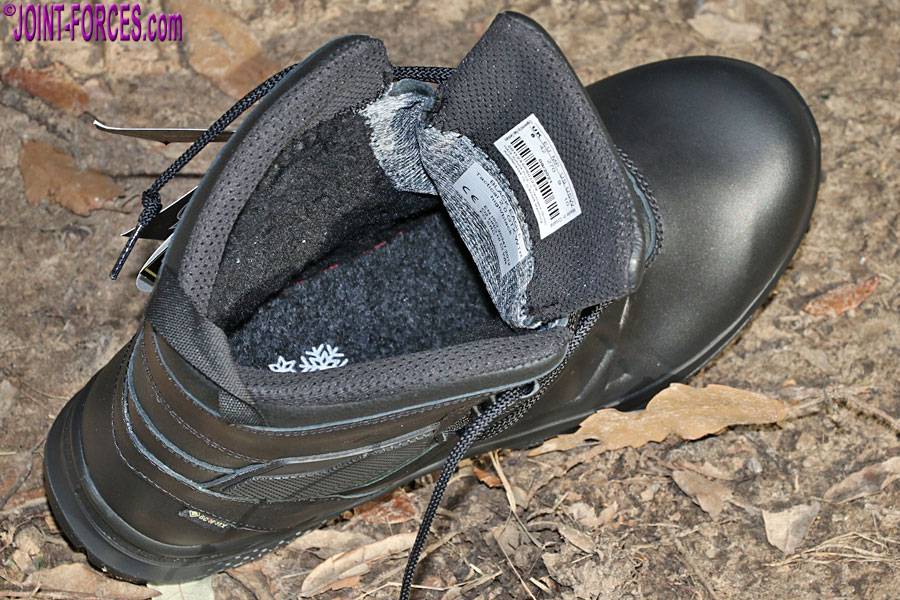 HAIX is one of a number of well-established combat boot manufacturers cooperating with W L Gore and Associates to bring the new GORE-TEX THERMIUM extreme cold weather membrane laminate for footwear to the marketplace, in very much the same way that the GORE-TEX Comfort range of laminates was introduced in 2014.

We covered THERMIUM when the revolutionary membrane was unveiled by Gore at MiliPol Paris in late November 2019, shortly before the COVID outbreak started in China, so rather than me boring some readers by going over old ground I suggest those who want to know more just click on this link:- Gore-Tex THERMIUM Insulation For Combat Boots. There is no more information to add on the product itself, or how it works, but it is possibly worth emphasising that THERMIUM is only added to the boot’s toecap and sole area because introducing such a highly effective insulation to the entire boot would cause the foot to seriously overheat and heavily perspire when the soldier is active, possibly leading to unwelcome medical complications.

The new HAIX Extreme Cold Weather Boot model with THERMIUM toe and sole protection which was unveiled at MiliPol Paris 2021 is one of the well-proven Black Eagle 2.0 boot family, but the leather uppers are thicker than usual to cope with Arctic conditions. In addition to using THERMIUM and a standard GORE-TEX Comfort Footwear lining membrane ~ i.e. the waterproof ‘sock’ inner layer ~ next to the foot, HAIX have also introduced a thick extra lining section around the ankle to help ensure the lower leg remains at a comfortable temperature when the soldier is at rest.

This particular boot model, designed with a specific but undisclosed military customer’s requirements in mind, is not yet available for private purchase so we will need to wait a little longer to try it out for ourselves. However having participated in Gore’s THERMIUM ice block test, where one hand rests on a standard GORE-TEX membrane panel and the other on the new extreme insulation membrane until the cold in the standard hand become unbearable, I have little doubt that the new technology works. Additionally, unlike earlier and more conventional Arctic-rated insulated boot models, the new boots are nothing like as bulky and cumbersome as their predecessors so should therefore be much easier to walk in under field operating conditions.

At a time when the Russian Federation is markedly increasing its Northern Fleet amphibious and expeditionary forces, causing NATO nations to devote more training time to protecting the Alliance’s vulnerable Northern Flanks, the introduction of GORE-TEX THERMIUM insulation for combat boots looks rather timely.