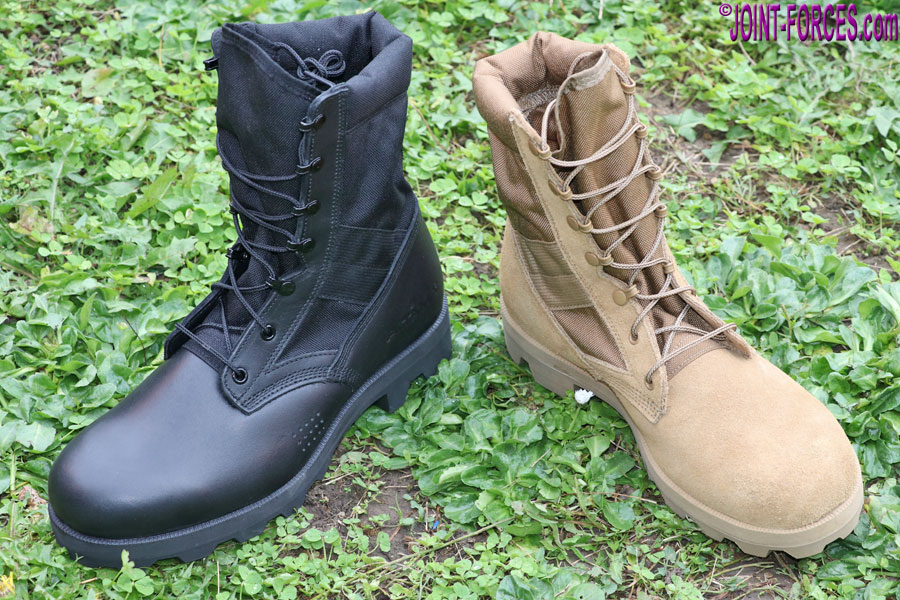 For over half a century Altama, part of the Original Footwear Co., has produced the classic jungle boot virtually unchanged… until now, reports Bob Morrison.

At first glance the new boot design, called the ALTAMA PRO-X, might not appear to be very much different from its predecessor, but if you look at the lacing design you should spot it has evolved from three eyelet plus four closed hook layout to two eyelets plus five hooks. Also the pairs of drainage eyelets on each side have been replaced by 15 punched holes through the leather or suede. However the biggest difference is in the sole unit, which is now of composite construction and considerably lighter as a result; the classic Panama jungle tread pattern has been retained however. A lightweight non-ferrous ‘punji’ plate is incorporated to comply with specific military requirements.

With procurement of a new five-year UK Forces combat boot programme scheduled to commence early next year, one of its five categories being Jungle Boot, this announcement of this new highly specialist military footwear model from Altama could well be very timely indeed.