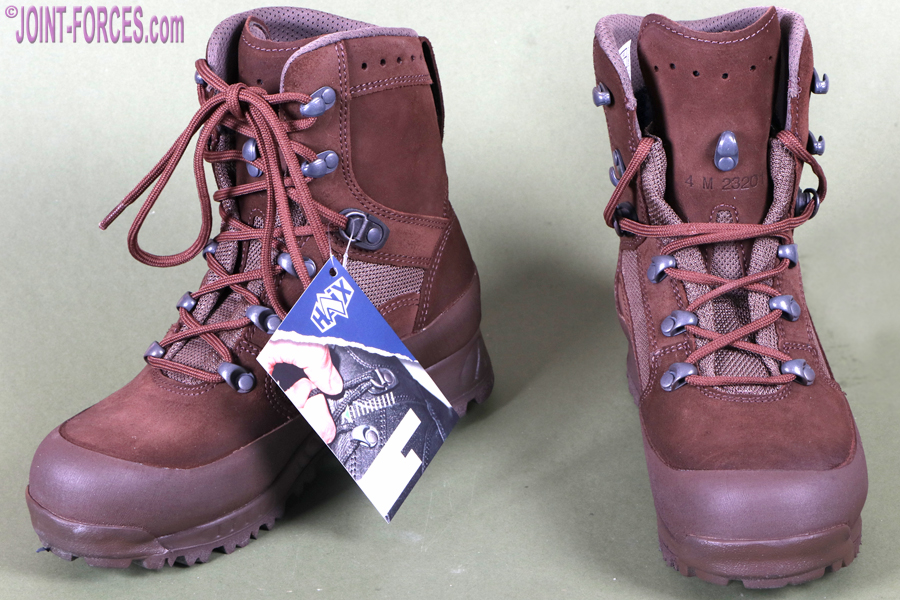 Now before you get your hopes up, these Boots Desert Combat High Liability Women’s, to use their official UK MoD designation, from HAIX are not from the ‘rarer than rocking horse manure’ 2017 contract but were manufactured back in 2012. However don’t let that put you off if looking for a very reasonably priced pair of conventional women’s desert combat boots as these are top quality, were produced in HAIX’s own state-of-the-art Mala Subotica footwear factory in Croatia, and of course comply with Queen’s Regulations if you are a soldier. They are also a great buy if you are a Cadet.

One of three boot models from HAIX chosen by UK MoD in their then revolutionary 2012 procurement, which not only saw five different types of boot specified but also allowed the soldier a choice of two different makes in each category to try to reduce foot problems, these have suede and textile uppers and are of non-membrane construction. They use the same proven Davos outsole as the other two UK combat boot styles made by HAIX for this contract and have what I consider to be excellent locking D-ring two-zone lacing, though the two upper pairs of lace hooks are open to comply with the MoD specification requirements.

Back in 2013 I had the good fortune to try out all three HAIX boots of the day and you can read more on this in these toe articles: Combat Boot Archives 5 ~ Brown Boots By HAIX and Combat Boot Archives 6 ~ Heroes Wear HAIX. At time of writing East-West Army Surplus had around 100 pairs of these ladies desert boots in stock in sizes UK 4, 5, 6 & 7…. but can bet that situation won’t last long.