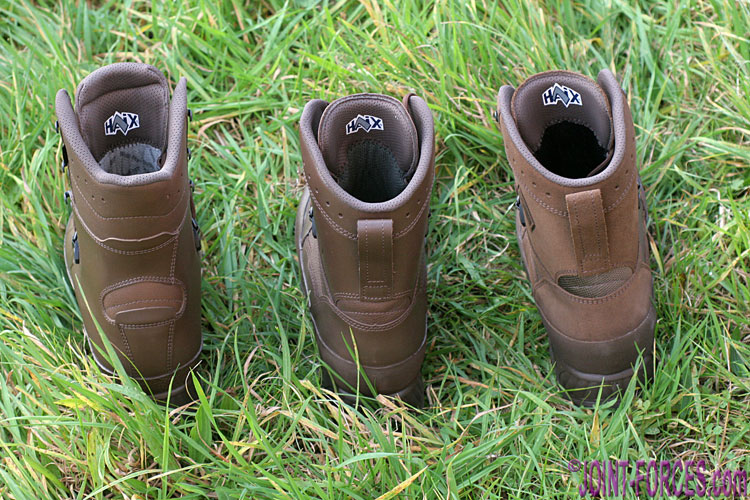 The following update on HAIX boots was published in the January 2013 issue of the now out-of-print COMBAT & SURVIVAL Magazine, writes Bob Morrison:-

Readers should by now be aware that UK Forces are being issued with a range of five categories of combat boot in a new brown colourway which is both more compatible with Multi-Terrain Pattern camouflage uniform and has better camouflage properties than black. Each of the five categories being procured under this five year contract will be supplied by two different manufacturers, giving ten different combat boots in total total, and to reflect the marked increase of female soldiers serving operationally boots cobbled on lasts crafted specifically to the feminine foot shape are also going to be available. All three HAIX models have this DAVOS sole [© Bob Morrison]

German boot designers HAIX, whose combat boot manufacturing facilities are in Croatia, have been contracted to supply three of the ten boots and we now have samples of each on test. As has been the case since the mid-nineties, I will be undertaking the initial test and review myself – to ensure review consistency – but then, as has been the case with many test boots over the last few years, our facilitator ‘Sniper John’ will swap insoles and then do his best to hammer them into the ground on long term user tests as he and I have similar sized feet. Any points of note are looked at in detail and any catastrophic failures (it’s been a long time since we had one of these) go back to the bootmakers for investigation.

With hopefully ten different boot types going through the system (earlier olive coloured Alt-Berg and Karrimor SF samples have already been briefly covered) it is going to take us a bit of time to get through them all. On this page we are giving you a brief look at the three HAIX styles, and next we will delve a little bit deeper after we have been able to rack up a few more miles in varying conditions and over wider terrain.

The HAIX COLD WET WEATHER boot is a waterproof leather upper 8-inch (200mm) combat boot designed for winter and cold climate wear but is optimised for all-year / all-seasons and excessive use.

The HAIX COMBAT HIGH LIABILITY boot is also a waterproof 8-inch combat boot but its uppers are a combination of leather and textile, and though also optimised for all-year / all-seasons use it is not intended for extreme cold climate wear.

This is, in effect, the standard temperate theatre boot category which most troops not deployed to arid or jungle theatres will be issued with, and it also has a Gore-Tex membrane. The CHL boot mid-sole and outsole are similar to the CWW boot, but unlike the higher specification boot this one is also available in half sizes.

The HAIX DESERT COMBAT HIGH LIABILITY boot, as its name suggests, is the arid theatre equivalent of the CHL and as such it does not require the Gore-Tex breathable membrane and its uppers are of suede and textile.

Like its siblings, the DCHL boot has the MicroSoftLight mid-sole with Davos antistatic outsole tread. It, like the other two, is available sized from UK3 to UK15, but only in full sizes.

These three boots, each of which has a slightly different lacing system, appear to be of extremely high quality and are a quantum leap ahead of the British Army footwear issued when I first took up the [C&S] Editor’s chair in the last quarter of the nineties. We will delve into them deeper, but my initial impressions are that Colonel Tresidder and his team at Defence Equipment & Support have done our troops proud. 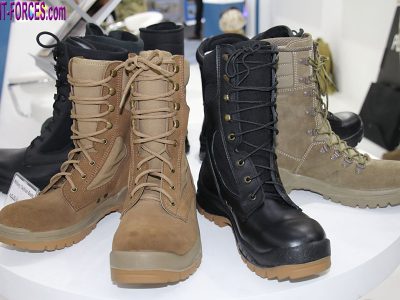 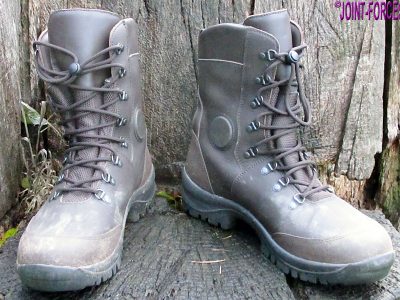 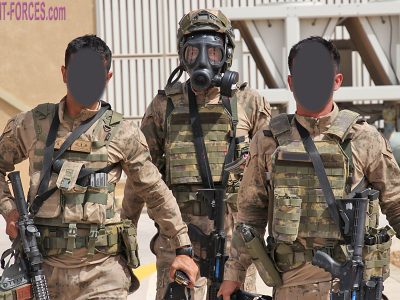