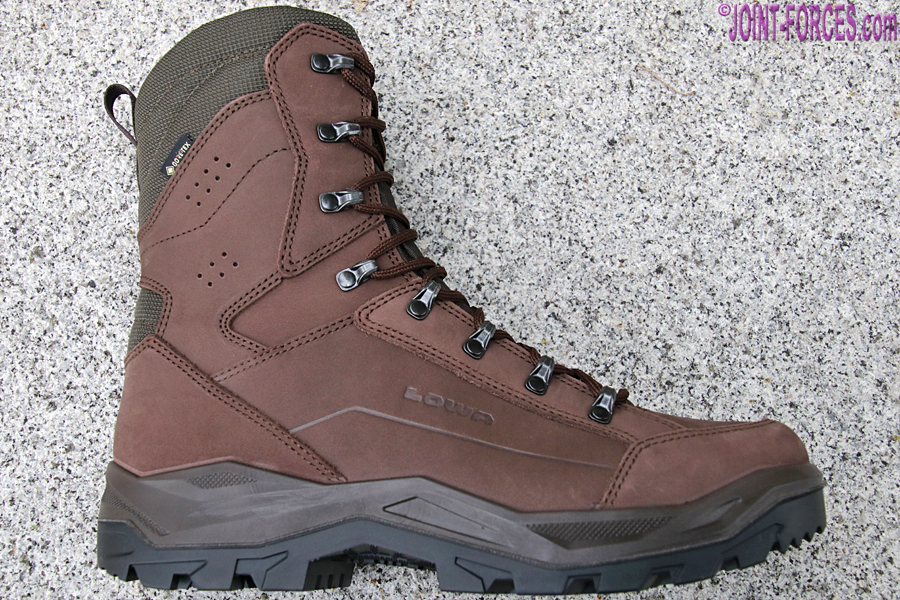 When the then revolutionary LOWA Renegade police patrol boot first appeared in 1997 Tony Blair was staring his controversial stint as UK Prime Minister, it looked like the inter-ethnic violence in the Balkans was being brought under control (though it briefly sparked out again in Kosovo and Macedonia) and The Spice Girls were at their peak as a five-piece ‘musical’ phenomenon.

The German designers got that original Renegade design so right that, other than the introduction of the equally revolutionary new Gore-Tex Comfort waterproof membrane lining in due course, even a quarter of a century down the line this boot is widely worn by Police and Emergency Services users; many of who buy it with their own hard-earned dough when offered lower specification mass-produced footwear by penny-pinching seat-polishers in the procurement chains. Manufactured from 1.8mm- 2.0mm thick full grain leather with a slip-lasted injection moulded sole and a closed 8-eyelet lacing system, this 200mm / 8-inch high patrol boot with Extended Comfort Gore-Tex lining is equally as comfortable if cooped up in a vehicle for a long night duty shift or pounding the streets on tiring days on the beat.

The latest brown version is near identical to the black police patrol boot, but the primary uppers material is identical thickness Nubuck leather instead. This version – designated LOWA Renegade II N GTX HI TF with the N standing for Nubuck – is so new that it has not yet gone up on the LowaMilitaryBoots UK website, therefore we have not had the chance to wear test it, but I was able to compare brown against black last week at OTS 2021. Other than the ‘inside-out’ leather there appeared to be no difference and as I know just how good the Police Renegade is I am sure the Military Renegade will be ideal in the Boots Patrol category.