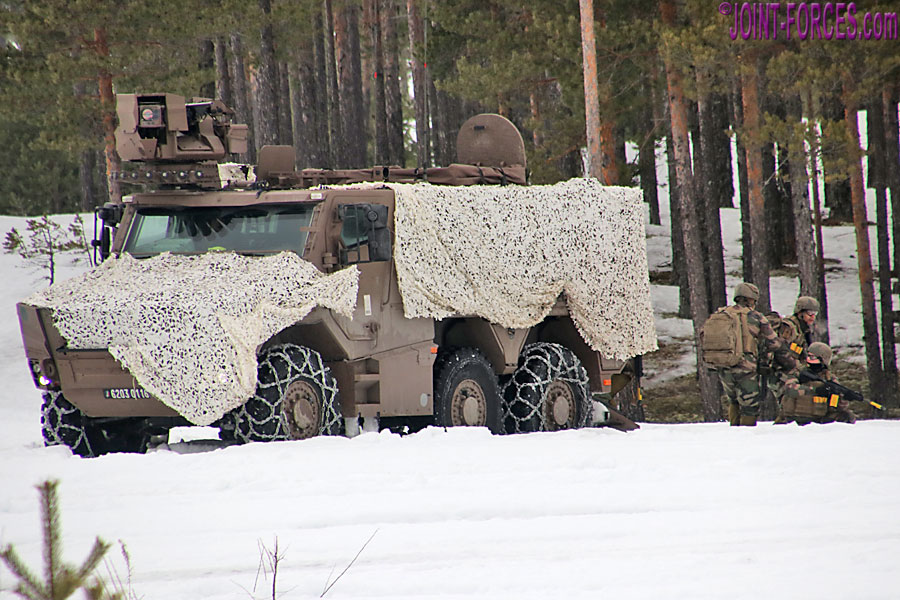 Part of the SCORPION Project to modernise the French Army’s armoured vehicle fleet, VBMR GRIFFON is one of three vehicles being produced by a consortium of three French companies; Arquus, formerly a part of Renault Trucks Defence, Nexter and Thales. The other vehicles in the SCORPION family are the EBRC JAGUAR 6×6 reconnaissance vehicle and the similar to GRIFFON but smaller 4×4 VBMR-L Serval squad vehicle. In April 2017 the French Government ordered the first batch of 319 GRIFFONS, along with 20 JAGUARS, and in September 2020 the increased the totals to 590 and 62 respectively, though in due course over 1,970 of the 6×6 versions SCORPION family could potentially be ordered.

According to details released by Arquus, which provides the automotive components, the 6-wheel drive GRIFFON is fitted with a 400hp engine coupled to an automatic gearbox which allows the 24.5 tonne vehicle to achieve a top road speed of 90 km/h. The company says the APC “also has all the latest technologies such as: inflation pressure variation system; steering rear axle; run-flat system; and state-of-the-art electronic architecture”. Arquus also states that removal / installation of the Motor Propulsion Unit is possible in less than four hours.

It is anticipated that six variants of the GRIFFON will eventually be ordered with the first orders covering infantry, command post, artillery observation and ambulance versions and a later order covering mortar carriers; the sixth in the family is likely to be a recovery version. The infantry version seen here has an Arquus HORNET RWS (remote weapons station) capable of accepting a machine gun up to 12.7mm or a 40mm automatic grenade launcher and two MMP anti-armour missile launchers can be fitted as an option. Protection levels are Classified.

Belgium has also ordered the GRIFFON, to replace its Piranha fleet, and deliveries are expected to commence in 2025 after the French vehicles have cleared the production lines.