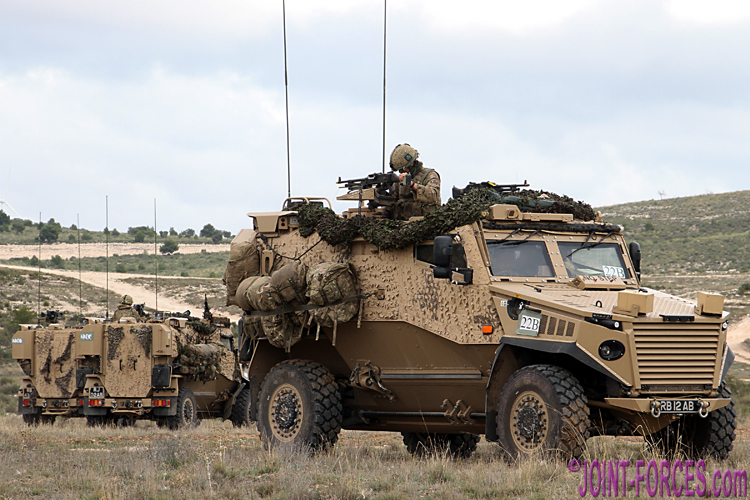 The FOXHOUND LPPV, produced in 2012 as an Urgent Operational Requirement for the British Army by Force Protection Europe, is currently in use on Operation TORAL, writes Bob Morrison.

Despite its relatively short operational use in Southern Afghanistan, OCELOT/FOXHOUND proved itself to be a competent vehicle with very good off-road manoeuvrability, courtesy of its independent suspension and 4-wheel steering plus good ground clearance. 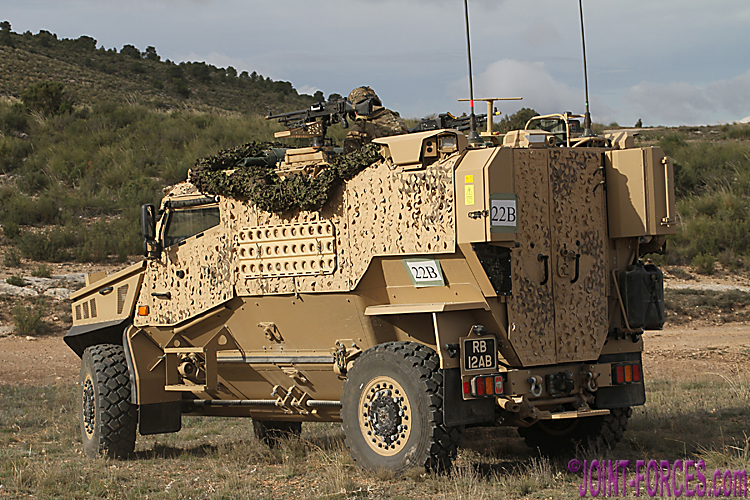 It was therefore little surprise when the MoD announced in January 2014 that, once no longer required for operational service, it was planned to bring the nimble little UOR vehicle into Core Fleet along with the rest of the new generation of wheeled armoured vehicles procured primarily for Op. HERRICK. Technically, UK Forces ceased combat operations in Helmand Province in late October 2014 but that does not mean it is no longer involved in military operations in Afghanistan and as of 1st January 2015 Operation TORAL commenced. 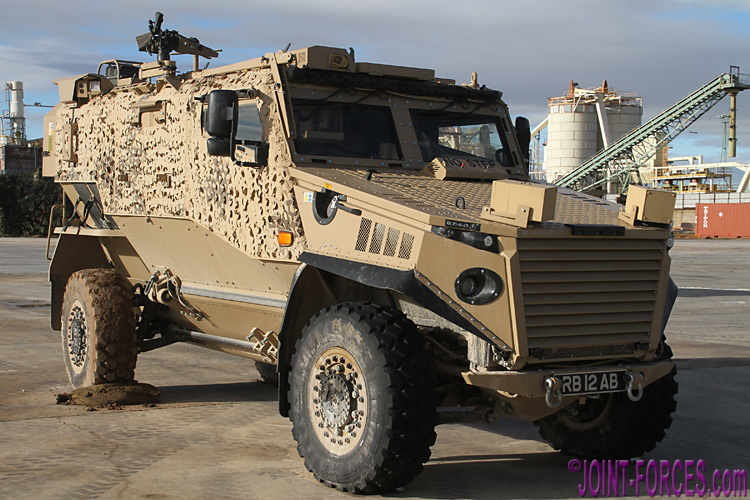 Theoretically just a training mission and part of NATO’s Operation RESOLUTE SUPPORT, British involvement commenced with around 500 deployed personnel on Op TORAL and expanded to around 650, including three RAF helicopters and supporting personnel, but on Wednesday 11th July 2018 coinciding with the NATO Summit in Brussels it was announced in the mainstream media that the UK was sending 440 additional personnel; as neither the UK MoD nor Prime Minister’s Office official news announcement websites have confirmed this, we suspect the original BBC announcement may have been wrong and these 440 troops, primarily from the Welsh Guards, are merely the scheduled roulement battalion. 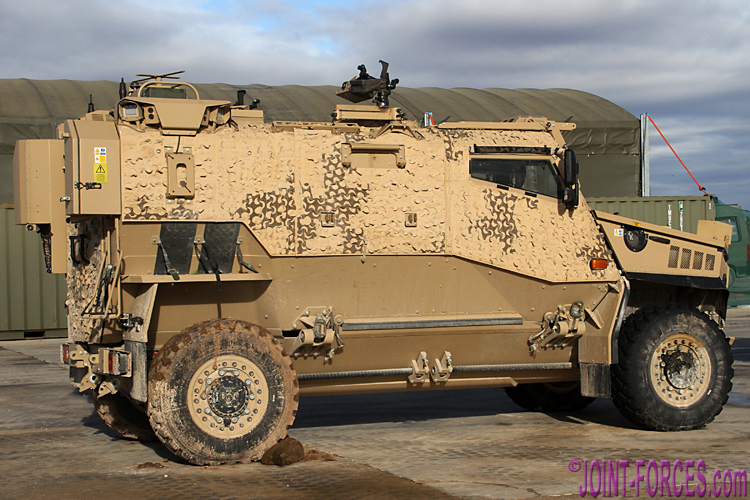 Infantry deployed on Operation TORAL, and particularly those participating on British-led multinational Kabul Security Force (KSF) duties, use FOXHOUND as their primary Light Protected Mobility role vehicle. These days the UK Ministry of Defence media branches are not particularly proactive, concentrating more on generating community interest stories rather than on publicising UK Forces on operational and training deployments, so despite Op TORAL having been running for over three and a half years there are very few recent images available of FOXHOUND in-theatre. 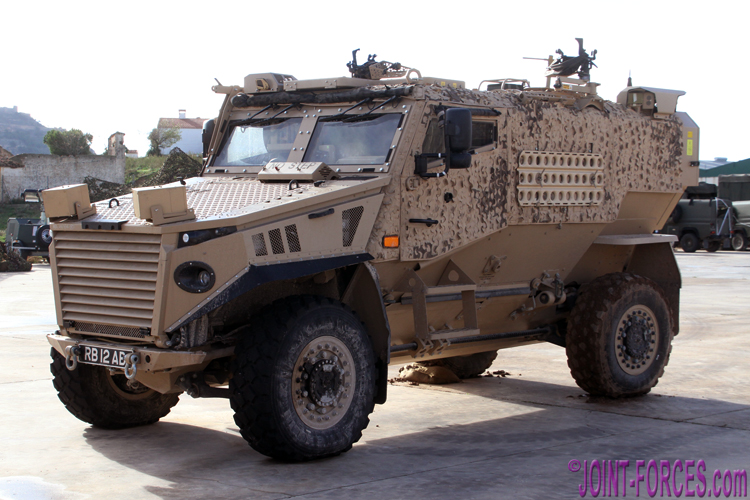 While covering the massive NATO Exercise TRIDENT JUNCTURE in Spain and Portugal in late 2015 I was able to photograph B Company of 1st Battalion of the Royal Irish Regiment who deployed to Chinchilla in Spain as part of a British-led NATO multinational brigade. At the time 1 R IRISH were operating in the Light Protected Mobility role and their primary mode of transport was FOXHOUND; nine of the accompanying photographs on this page are of their vehicles and to assist our military modeller readers I have deliberately provided five different views of the same [22B] FOXHOUND.

Two variants of OCELOT, a two-man cab utility version and an open-topped recce version, have made appearances at DVD and DSEI expos, but no official UK production batch orders have been announced. As and when we get the chance we will try to produce a brief Armour Focus on these. 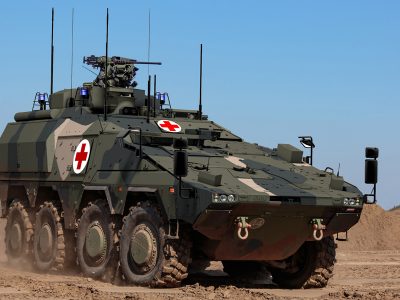