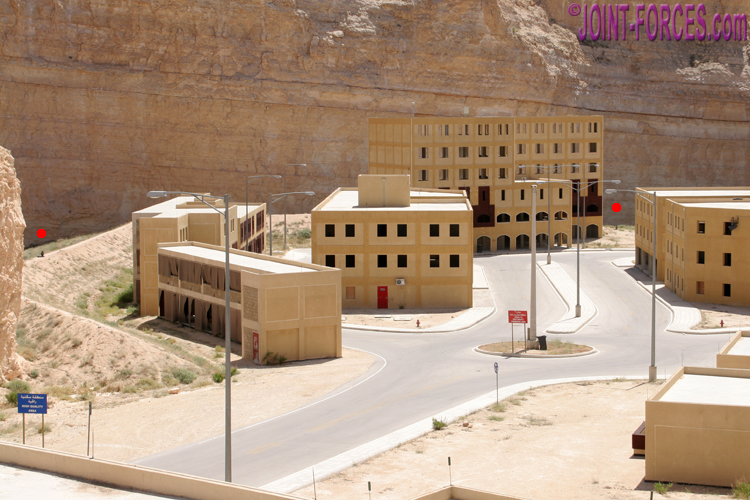 Conceived by His Majesty in the early years of the millennium, Jordan’s King Abdullah II Special Operations Training Center (KASOTC) was designed from the outset to be an international centre of excellence for counter-terrorist operators, writes Bob Morrison.

Constructed in a massive stone quarry just to the north of Amman, the Jordanian capital, KASOTC opened its doors to the world’s Special Operations Forces in 2009 and has matured into an unique training facility through which operators from around the globe can hone their skills. At the Opening Ceremony a competition was held between several Special Operations teams and subsequently this evolved into the highly popular Annual Warrior Competition (AWC).

Naturally not open to the public, though attracting Special Operations and Special Forces observers from around the world in addition to usually around 30 teams (40 in 2018) from both the Middle East and much further afield, the Annual Warrior Competition makes full use of the very varied specialist training facilities and live-fire shooting ranges which KASOTC offers. Having covered the 6th, 8th and 10th Annual Warrior Competitions (commitments in the Baltic Region prevented my covering the 7th and 9th) and with features on this year’s competition in the wings, we felt that a look at the training centre itself illustrated by images taken over the last four years was probably a good idea to set the scene for those readers of JOINT-FORCES who may not get the chance to pass through its portals.

This first thing which strikes one on visiting KASOTC is its sheer size – the basic training area covers 2.5 square kilometres and towering quarry cliffs surround the individual zones and ranges. In addition to an urban complex containing 56 individual buildings and a number of formal and informal shooting ranges covering distances from 50m to 500m, plus a 1,300m sniper range, KASOTC also features a number of highly specialist multi-level buildings such as Method Of Entry and Close Quarter Battle as well as an 8-storey climbing/roping tower and even a full-size Airbus airframe with airfield control tower overlooking it.

When last calculated, the centre had over $250million worth of facilities and support equipment complete with a network of 350 video cameras linked through a state-of-the-art Range Operations Control Centre with playback facilities in an After Action Review theatre to allow operators and instructors to assess performance in each exercise scenario. As for the buildings, which are a mix of low and high rise, domestic and industrial, each one is configured to allow it to be used as a ‘kill house’ with live (or simulation if preferred) ammunition as the walls are constructed from bullet-absorbing materials to massively cut down the risk of ricochets (having been inside rooms when SpecOps teams burst in to take down targets with live 9mm rounds I can vouch for their efficiency).

A rare shot inside the A300 complete with dummies, some of which stand, from front to rear [© BM]

In addition to shooting ranges, domestic & industrial buildings and the training aircraft, KASOTC also offers a 15 kilometre march & shoot cross-country circuit, a carefully constructed driving track with compound curves and high speed straights as well as limited sight curves and inclines, off-road driving tracks, a plethora of natural obstacles including vertical cliffs and loose scree inclines, and a number of man-made barriers including a deep water feature and obstacle courses. And that is probably only scratching the surface.

Hopefully the images on this page should give you an idea of the scope of this, possibly, one of a kind facility; we say possibly as several SpecOps officers have told us they believe ‘friends from the Far East’ have now built a near clone. Imitation is the most sincere form of flattery.

Watch out for forthcoming features on the 10th Annual Warrior Competition. The Close Quarters Battle (CQB) building, nicknamed the House of Terrors, offers many challenges over five floors and can be filled with tear gas [© BM] The KASOTC equivalent of Top Gear, minus The Stig – the High Speed Driving Track features a spectrum of road layouts to test handling skills [© BM] The MoE building was not used this year as US Marines from 26 MEU on EAGER LION had been there just the week before blasting their way through [USMC: Cpl Jered T Stone] Colonel ‘O Z’ was our host at KASOTC – his uniform is Jordanian Special Operations camo pattern – thanks for all your assistance, Colonel. [© BM]