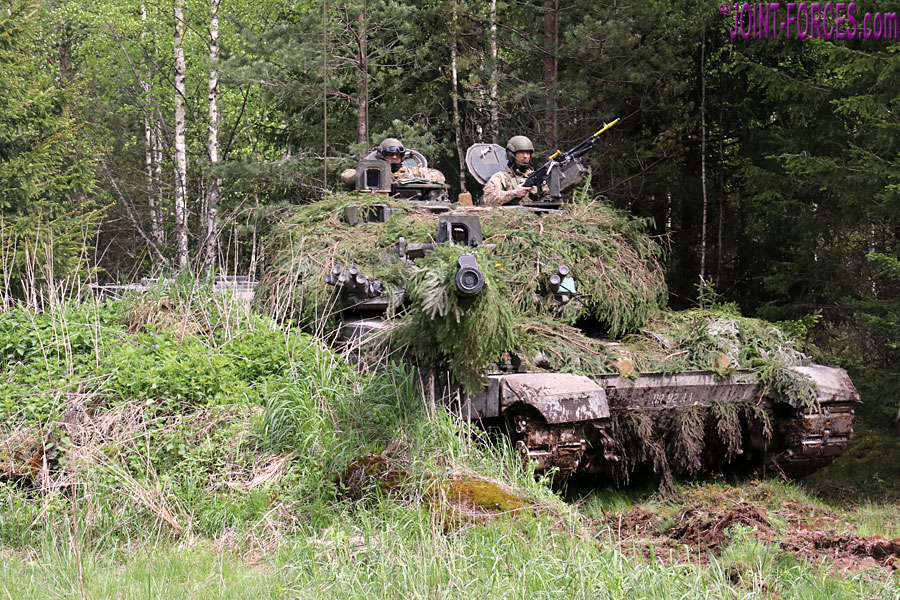 The Finnish Ministry of Defence has announced that UK Challenger 2 tanks are to exercise in Finland on the mechanised Exercise ARROW 22.

Press Release, Helsinki, 14 April 2022: The [Finnish] Armoured Brigade will lead the Army mechanised exercise ARROW 22 at Pohjankangas Niinisalo and in Säkylä on 2 – 13 May 2022. The exercise will also be participated by visiting forces from the UK, Latvia, the USA and Estonia.

The objective of the exercise ARROW 22 is to develop mechanised units’ operating in a multinational environment and the capability for receiving international assistance and providing host nation support. Additionally, the purpose is to develop the Finnish Defence Forces’ joint fires. The exercise’s objective is also to sustain and develop the competence and capability of Army units for the purposes of national defence and to create and sustain international interoperability and connectivity. The exercise offers versatile support for the development of land defence capabilities and for the competence and skills of service personnel, reservists and conscripts on the individual and unit level.

The exercise will be participated by visiting forces from the UK, Latvia, the USA and Estonia. The training audience unit from the UK will be an approximately 120-personnel-strong mechanised infantry tank company with the main battle tank Challenger 2 as their main equipment. The Latvian training audience unit to the exercise will be a mechanised infantry platoon with the strength of circa 40 personnel equipped with Finnish-made new Patria armoured vehicles. The USAREUR Cavalry Regiment’s strength in the exercise composition will be circa 110 personnel with Stryker armoured fighting vehicles as their main equipment. The Estonian training audience unit will be a 40-personnel-strong armoured jaeger platoon equipped with CV9035 infantry fighting vehicles.

In accordance with the Army Action Plan, the Army mechanised exercise is a national exercise organised on a yearly basis that has been open for participation by international partner nations’ training audience detachments since 2014, and is included in the Finnish Defence Forces’ international training activity for 2022 as confirmed by the Ministry of Defence.