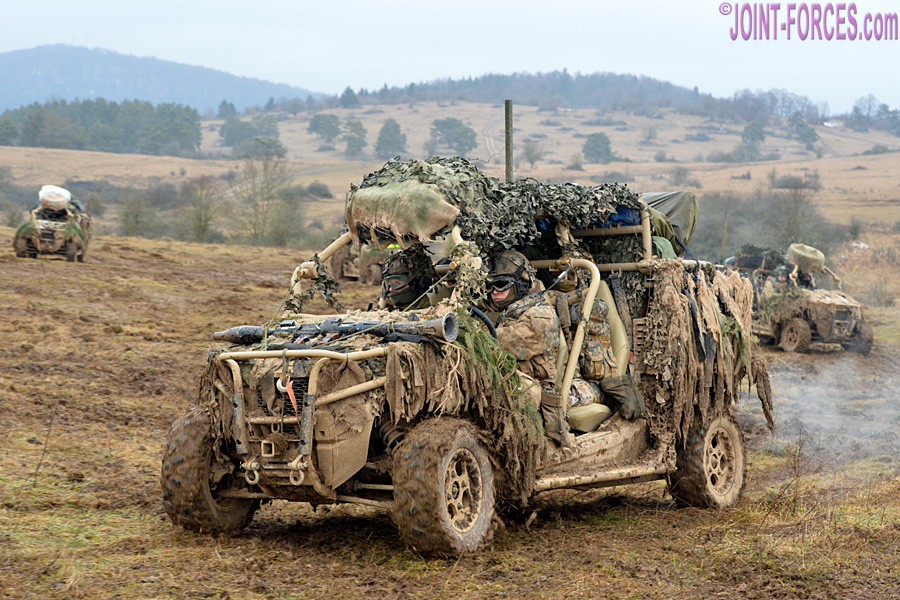 Also designated ALLIED SPIRIT XIII, this training event was a US Army Europe and Africa (USAREURAF) directed, and 7th Army Training Command (7ATC) conducted, field exercise hosted by the Joint Multinational Readiness Center (JMRC). The exercise involved some 6,000 troops from 15 nations and was focused on high intensity warfighting under a NATO Article 5 scenario.

The ALLIED SPIRIT series of exercises was launched by the US Army in 2015, with ALLIED SPIRIT I taking place at the Hohenfels Training Area in January of that year. The series was designed to provide multinational interoperability training at brigade and battalion levels, in order to enhance the cooperation and integration of US Army units with that of NATO allies. Unlike the SABER JUNCTION and COMBINED RESOLVE exercise series, which both feature US brigade combat teams in a lead role, augmented by allies and partners, the ALLIED SPIRIT exercises place an allied unit in the position of the main training audience, to which US Army assets are assigned.

The Sauszemes Spēku Mehanizētā Kājnieku Brigāde (a mechanised infantry brigade) from Latvia, served as prime training audience of Exercise ALLIED SPIRIT 22 and commanded a multinational brigade-size mechanised force. During the exercise the brigade in turn was placed under the headquarters of the German 1. Panzerdivision (an armoured division) that served as higher command and control echelon.

During the now completed multinational exercise in Bavaria the Latvian Mechanised Infantry Brigade was in command of the following forces:-