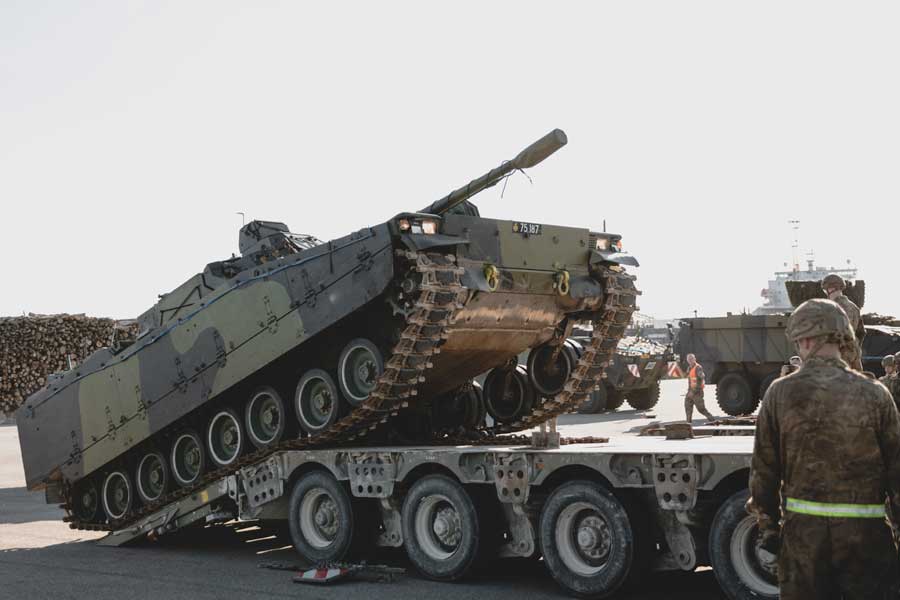 On Saturday the main Danish unit which is participating in Exercise KEVADTORM (SPRING STORM) which has now started landed at Ämari Airport.

EDF Press Release, Tallinn, 16 May 2021: [auto-translated] Yesterday a Danish unit which is participating in the KEVADTORM exercise landed at Ämari Airport.

“We came here as part of NATO’s readiness initiative to strengthen ties within the alliance and to work closely with Estonia’s allies,” said Captain Østerby, Commander of the Danish unit. “At the moment, I don’t know exactly what tactical activities we are going to focus on, but we are ready for anything that is given to us.”

“We are honoured to be here and we are looking forward to practising with our Estonian brothers. Such missions and exercises are key to the success of both us and NATO Allies, strengthen our ties, continually develop us and demonstrate our cohesion. NATO is strong due to its unity and loyalty, “said Captain Østerby, Commander of the Danish unit.

The history of the Jutland Dragoon Regiment dates back to 1657, it got its current name in 1932. The regiment became internationally known during the UN peacekeeping mission UNPROFOR in Bosnia in April 1994, when a Nordic battalion came under fire from Bosnian Serbs and Danish regiment tanks intervened to repel the Serb attack. While neither the Danish nor the Swedish military were injured in the conflict, the losses of the Serbs were estimated at as many as 150 men. This was the first time since World War II that Danish troops had taken part in the battle and the largest battle involving the Danes since the Second Schleswig War of 1864.

Exercise KEVADTORM is the largest annual exercise of the [Estonian] Defence Forces, the aim of which is to train different units of the Defence Forces. The exercise is attended by active servicemen, conscripts, reservists and allied soldiers.