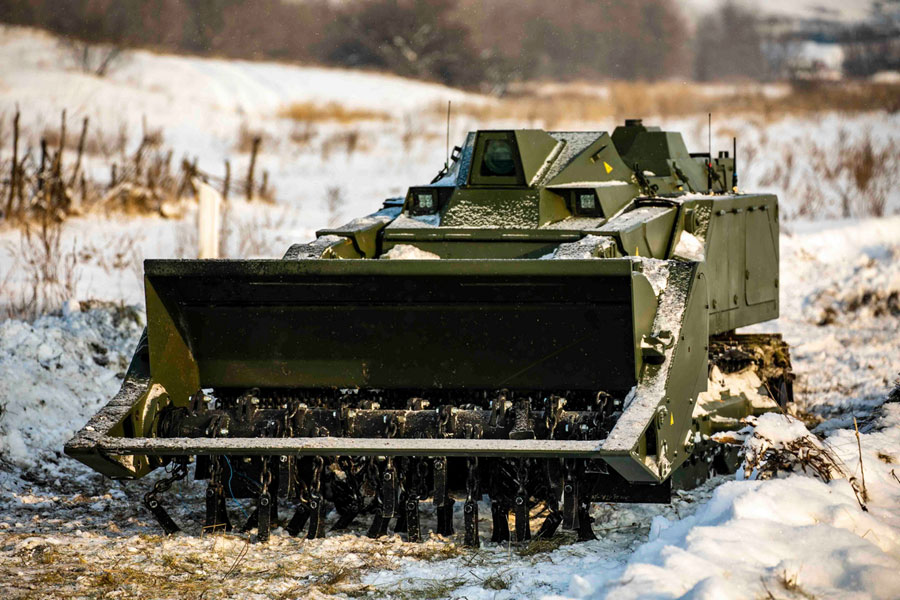 Russian Engineering troops of the Combined Arms Army of the Western Military District have received the URAN-6 sapper robot.

On the eve of the 320th anniversary of the engineering troops, servicemen of an independent engineer regiment of the Guards Red Banner Combined Arms Army of the Western Military District received the URAN-6 robotic machine. Military engineers underwent retraining during three months of intensive training, and for the first time were able to use it in practice in preparation for a large-scale test of the combat readiness of Army troops in the new training period of 2021.

The new sapper robot is the first delivery of a robotic machine with a remote control system for the Army Engineering troops. The robotic machine URAN-6 is used for continuous mine clearance. The machine can be remotely controlled at a distance of up to 800 metres. The machine is equipped with four video cameras providing a 360-degree view. URAN-6 is capable of withstanding explosions up to four kilogrammes of TNT, as well as tackling a vertical wall up to one metre high and a ditch 1.5 metres wide. The machine has combat experience in several modern local conflicts.