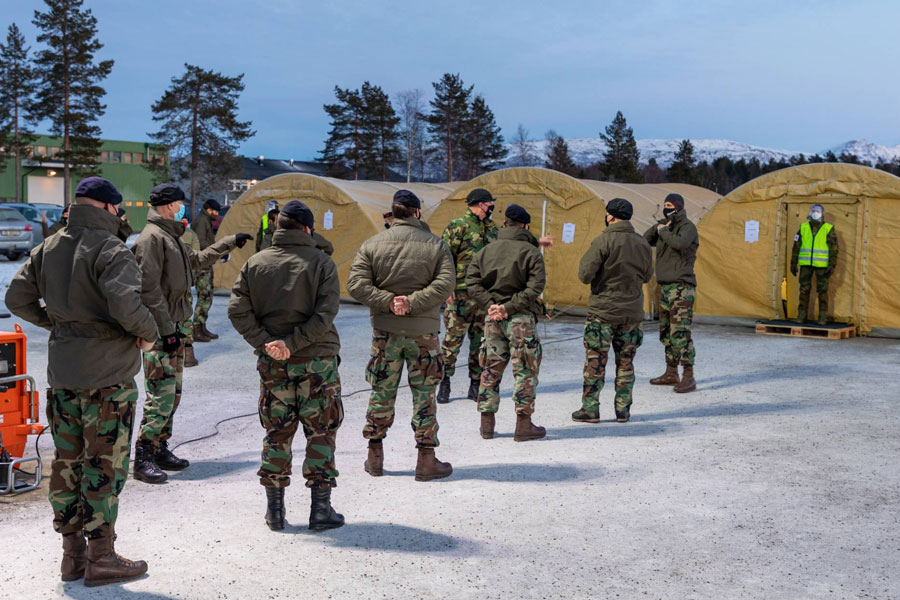 The Norwegian government has decided to cancel the planned winter Exercise JOINT VIKING this coming March.

Forsvaret Press Release, 26 January 2021: Due to the ongoing Coronavirus pandemic and the current COVID-19 situation in Norway, government has decided to cancel all Allied military exercises in northern Norway this winter. The decision was made on 26 January 2021.

Precautionary measure: The decision means that exercises REIN I and JOINT VIKING in March are cancelled. There will be no more Allied troops arriving in the region of Troms, northern Norway. Nearly 3,000 Allied soldiers have already arrived in Norway, and they will be re-deployed to their respective home countries over the next days and weeks. This will be done in a controlled and secure manner, to avoid any outbreak of COVID-19.

On 22 January, multiple cases of the highly transmissible UK Coronavirus mutation were discovered in the Oslo region. In order to combat the outbreak, Norwegian authorities implemented strict measures and lockdown in the Oslo region. The situation now also affects military training in northern Norway.

“We need to be one step ahead to stop the spread of the mutated, and more contagious, variant of the virus. We have weighed all the arguments and our decision has been to cancel planned Allied exercise activity in Troms, says Minister of Defence, Frank Bakke-Jensen.

Controlled re-deployment: JOINT VIKING is a large winter exercise held in Norway every second year. It includes forces from land, sea and air – including Allied troops and units. The main goals of the exercise are testing the Norwegian Armed Forces’ ability to operate during demanding winter conditions, demonstrating the Forces ability to defend Norway, and to operate seamlessly with Allied forces.

“Re-deployment of Allied troops in Norway back to their respective home countries, is a complex logistics operation. This operation will be done in a controlled and well-organised matter”, says Norwegian Chief of Defence, General Eirik Kristoffersen.

Main priorities: The General adds that the Norwegian Armed Forces have had three main priorities throughout the pandemic: keeping the Armed Forces fully operational, preventing the spread of COVID-19, and assisting civil society when needed.

“These priorities remain the same. Throughout the pandemic, the Norwegian Armed Forces have shown that we are able to maintain our capability through solid infection control. We have solved missions both at home and abroad. The reception of Allied forces this winter has been done in close cooperation with public health authorities and local authorities”, General Kristoffersen emphasises.

Exercise JOINT VIKING was to take place in the Ofoten region in northern Norway in March 2021. Approximately 10,000 troops were scheduled to participate, of whom 3,400 were Allied participants from abroad.