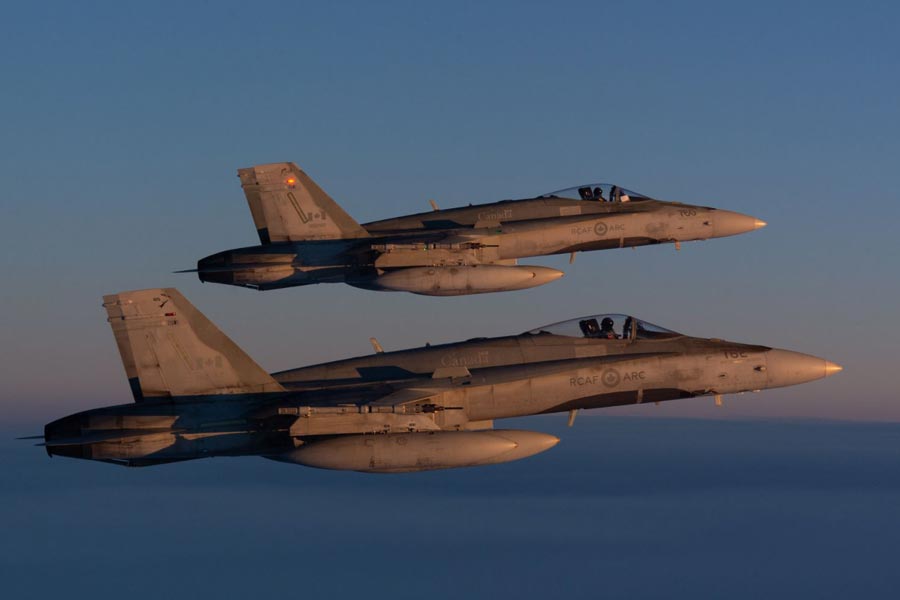 The Royal Canadian Air Force (RCAF) has this week been conducting fighter training in the High Arctic with CF-18 Hornet fighters.

The training saw CF-18 fighter jets from Bagotville, Quebec rendezvous with a CC-150T Polaris air-to-air refueller over Baffin Bay where they successfully conducted air-to-air refuelling before continuing North for the remainder of the mission conducting an Arctic patrol up the North-East side of Baffin Island, in the vicinity of Nanisivik, Nunavut.

Training like this demonstrates the RCAF’s ability to operate in the High Arctic. It enhances the RCAF’s ongoing support to operations and exercises, and showcases the Canadian Armed Forces’ ability to project force into the region so that we can work cooperatively with our partners.

Major-General Eric Kenny, Commander, 1 Canadian Air Division, stated: “The Arctic is a fundamental part of Canada and this type of training strengthens situational awareness and information sharing with our Arctic partners and Allies while enhancing our agility and reach into Canada’s northernmost territories. This training ensures the RCAF remains strong at home, in line with Canada’s Defence Policy: Strong, Secure, Engaged.”