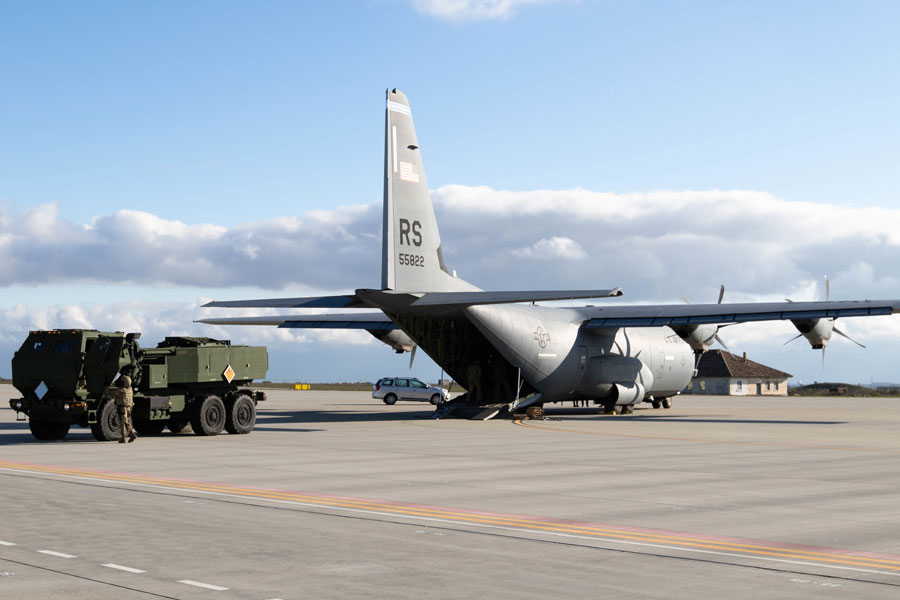 Exercise RAPID FALCON is being conducted in coordination with the Romanian Land Forces at Mihail Kogălniceanu Airbase, near Constanța, and Capu Midia Training Area on the Black Sea Coast.

These manoeuvres, the second 41st FAB live-fire training event outside of Germany and their first in Romania since their reactivation just 90 days ago, is the first time US forces have fired HIMARS from land into the Black Sea in cooperation with Romanian allies; previously USAREUR has only fired Patriot and Stinger air defence missiles at Capu Midia. The bilateral, joint training event is “designed to demonstrate US European Command’s ability to deploy long-range precision fires assets in support of NATO”. USAREUR also says “The ability to rapidly surge combat-ready forces into and across the theatre is critical in projecting forces at a moment’s notice to support the Alliance”.