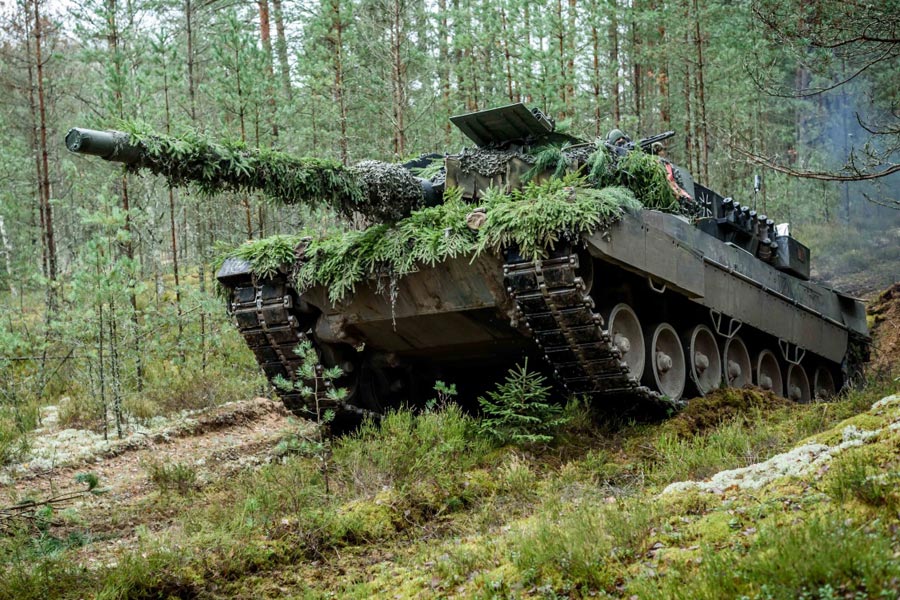 Hosted by Lithuania, the long-planned exercise certifies the preparedness of the NATO Battlegroup and the Lithuanian Army King Mindaugas Hussar Battalion to operate with the Lithuanian Army’s Iron Wolf Mechanised Infantry Brigade command and other NATO Allies and partners. It has been running from 9 to 22 November 2020. During the exercise, masks have been worn by soldiers in close proximity and social distancing has been observed between soldiers of different units.

*Believed actually to be a Dutch Boxer.