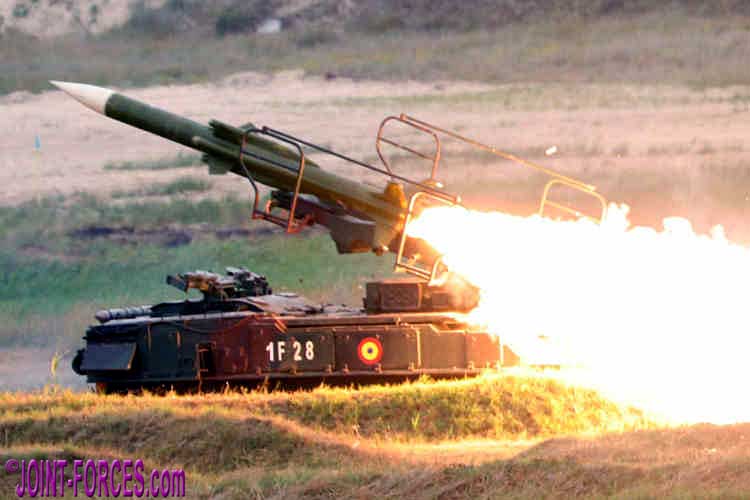 Apologies for the slowdown in posting over the last 72 hours while J-F deployed to Romania to cover the Air Defence Artillery live fire programme at Capu Midia, writes Bob Morrison.

The firing ranges at Capu Midia, overlooking the Black Sea, stretch along several kilometres of coastline and the impact area safety zone is so large that even multiple US Patriot and Romanian SA-6 Gainful and SA-8 Gecko missiles can be launched against large remotely-piloted target drones. Yesterday afternoon and this morning we were treated not only to live launches of these larger missiles, but we also watched and photographed US MANPADS (Stinger) and SHORAD (Avenger) systems being fired. Additionally, we grabbed the chance to photograph the new Romanian Air Force combat uniform camouflage pattern for a separate Kit & Camo feature.

Tomorrow a full-scale crossing of the mighty Danube, about 65km as the stork flies from the Black Sea, is scheduled to be undertaken by a multinational battle group, courtesy of American and Romanian pontoon ribbon bridges. We have been invited to cover this spectacular but, as there was some spare time this afternoon following the conclusion of the ADA live-firing programme, we conducted our own recce of the wet gap crossing site and had a quick peek at of some of the rehearsals. It looks like it will be a good show.

As and when space and time permits, we hope to bring you more detailed coverage of SABER GUARDIAN 2019 but hopefully the accompanying images will give a flavour of what is to come.