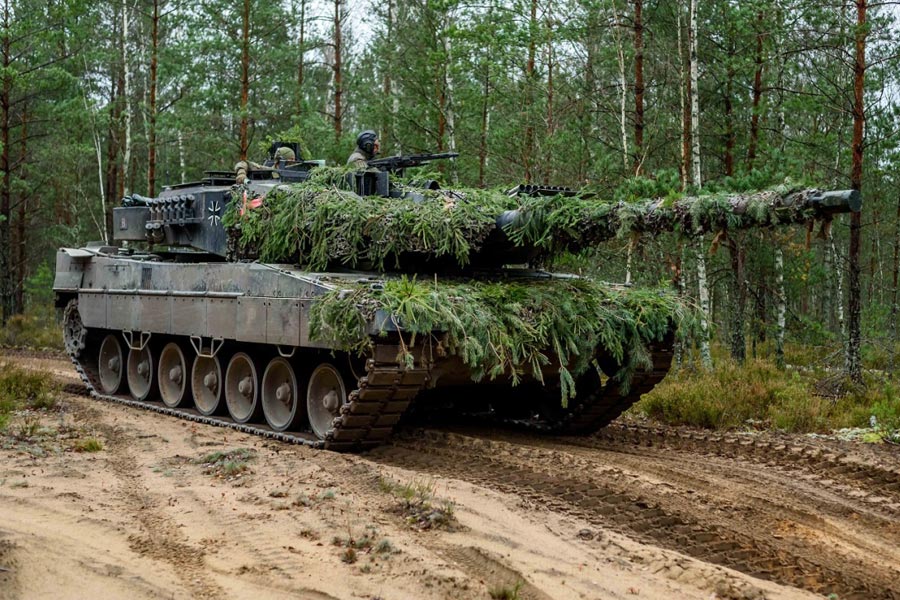 German and Dutch armoured units from the NATO enhanced Forward Presence (eFP) Battlegroup Lithuania are participating in Exercise IRON WOLF II 20 or GELEŽINIS VILKAS II 20. Hosted by Lithuania, the exercise certifies the preparedness of the German-led NATO Battlegroup and Lithuanian Army King Mindaugas Hussar Battalion to act together and interoperate with the Mechanised Infantry Brigade IRON WOLF command and other NATO Allies and partners, and runs from 9 to 22 November 2020. During the exercise, masks are worn by soldiers in close proximity and social distancing is observed between soldiers of different units.

The exercise is designed to assess the readiness of the NATO Forward Force Combat Group deployed in Rukla (Jonava District) and the King Mindaugas Hussar Battalion deployed in Panevėžys to interact with the MPB Iron Wolf Command Headquarters and other NATO allies and partners. More than 3,500 soldiers from Lithuania and 13 foreign countries took part in the exercise.