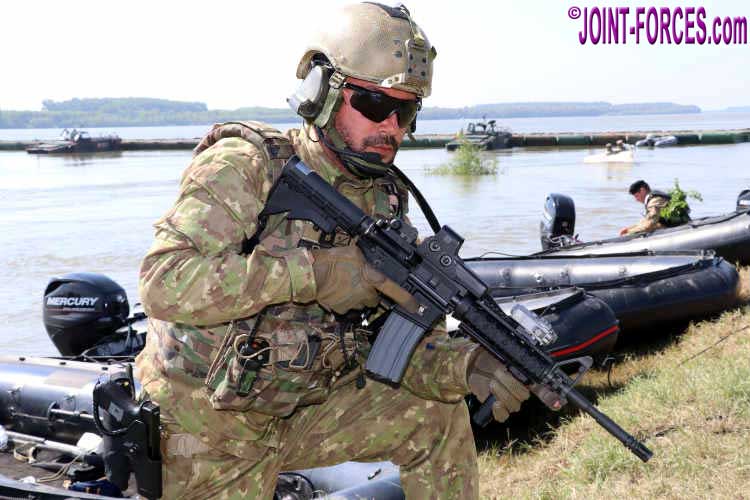 SABER GUARDIAN 2019, which has seen action across Bulgarian, Hungarian and Romanian territory, is co-led by Romanian Land Forces and US Army Europe. The exercise, involving over 8,000 personnel, has included a range of activities designed to improve the integration of multinational forces. Primary countries taking part include Albania, Bosnia and Herzegovina, Bulgaria, Romania, Turkey, and the United States.

Today’s spectacular finale, primarily involving US, Romanian, Polish and Bulgarian soldiers, marines, sailors and Special Forces, with rotary and fixed wing air support, in addition to a riverine flotilla, was based around an assault crossing of the River Danube in Romania. Both Romanian and American pontoon bridges and ferries were in action to assure that the multinational battle group’s armour could be safely and speedily conveyed to the far bank, roughly 500 metres distant.

Taking photographs of an event like this is just the tip of the iceberg and it will take some time for us to research the units and equipment which participated, but in the meantime hopefully these images will bring you a flavour of today’s dynamic display.

Featured, River Crossing, Romania, SABER GUARDIAN
You may also like