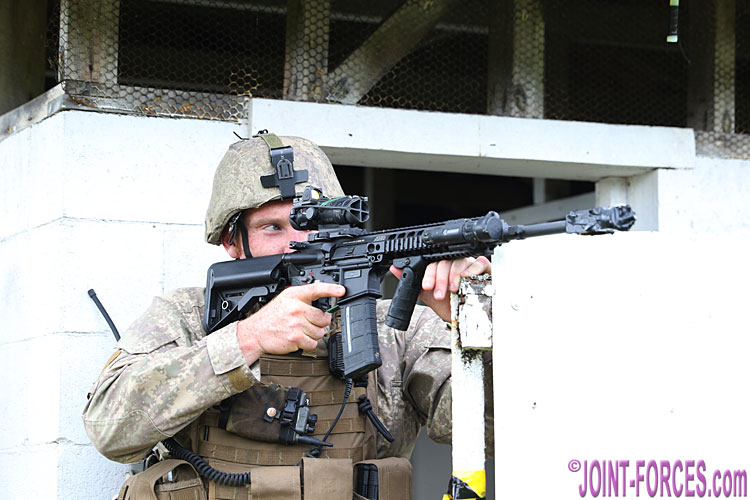 The images in this album were captured by Gordon Arthur during Exercise SOUTHERN KATIPO 17 in New Zealand in late 2017.

To read about the exercise click on this link. The New Zealand Army’s most capable vehicle is the LAV III, otherwise known as the NZLAV – nearest the camera is an NZLAV-R Recovery Vehicle [© Gordon Arthur] An Australian light machine gunner armed with a 5.56mm M249 Para helps guard a road junction – soldier next to him has a Steyr Mannlicher 40mm SL40 grenade launcher attached to the barrel of his EF88 [© Gordon Arthur] A mixed-nationality patrol meets locals on the main street of Greymouth – in this picture is a Canadian, an Australian and a couple of Fijians as they reassure town residents that all is safe[© Gordon Arthur] Fijians patrol through the rather quiet streets of Greymouth on the West Coast – the Pacific Islanders in particular found the spring weather of New Zealand too cold for their liking! [© Gordon Arthur] The Royal Tongan Marine Infantry sent 31 personnel to join the Pacific Island Company – the Tongan military, including the Marines and Tonga Royal Guards, has about 600 members [© Gordon Arthur] Tongan Marines are typically armed with 5.56mm M16A1 assault rifles, but a sale of M4/M4A1 rifles was approved by the USA in 2008 [© Gordon Arthur] The uniforms of Tongan Marines look like the old US woodland camouflage scheme – the vests are in fact hand-me-downs from the US Army, these being donated when Tonga deployed to Iraq to support the Coalition there [© Gordon Arthur] As a wounded comrade is dragged to safety, this Tongan Marine provides covering fire with his 5.56mm M4 assault rifle fitted with a 40mm M203 under-barrel grenade launcher [© Gordon Arthur] This soldier is from Papua New Guinea, although it would be impossible to tell from his uniform and equipment – he has been issued with a New Zealand rifle and is wearing a Kiwi helmet and cold-weather gear [© Gordon Arthur] An F-FDTL member – with Kiwi and Australian troops spending many years performing peacekeeping missions in Timor-Leste, it was a remarkable role reversal for Timorese soldiers to be in New Zealand for the exercise [© Gordon Arthur] 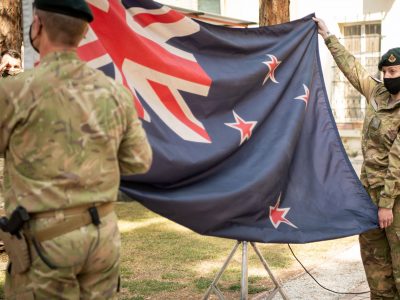