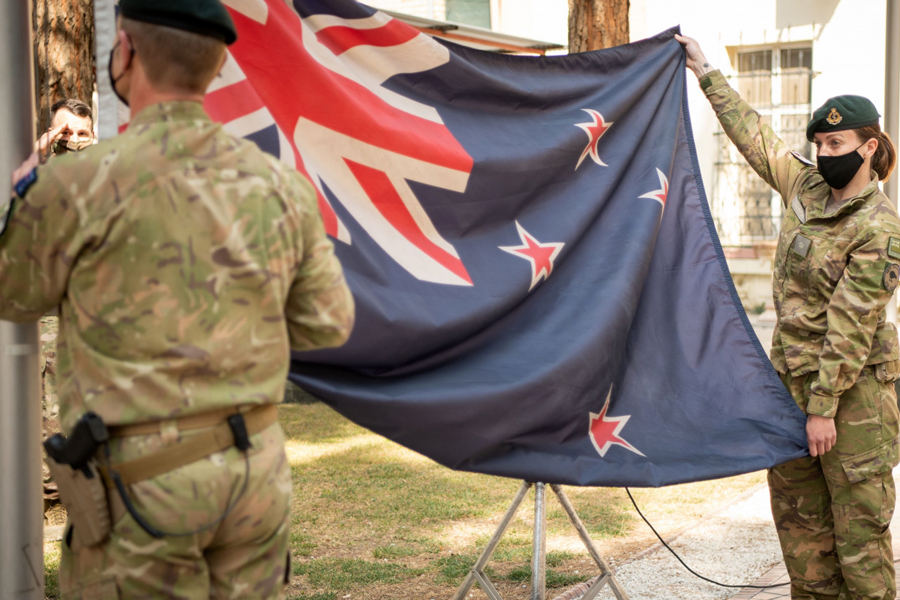 The final New Zealand Defence Force (NZDF) deployment to Afghanistan has lowered the national flag, the New Zealand Ensign, for the last time.

Press Release, Wellington, 29 March 2021: The remaining New Zealand Defence Force personnel in Afghanistan have returned home, having lowered the flag on the NZDF’s 20-year deployment to the country.

The Government announced recently that it was time to conclude the deployment. More than 3500 NZDF personnel have served in Afghanistan, in what has been one of the NZDF’s longest-running deployments. Ten New Zealanders lost their lives while serving there.

Colonel Ben Bagley, the Senior National Officer for the final contingent, said its six personnel had made a significant contribution. “While small in number, we had sizeable tasks ahead of us when we first arrived in Afghanistan last year. When we lowered the New Zealand flag, we were all quite proud to be the last Kiwis to represent our country in Afghanistan.”

Colonel Bagley was based at the NATO-led RESOLUTE SUPPORT Mission headquarters in Kabul. RESOLUTE SUPPORT is a non-combat mission to train, advise and assist the Afghan National Defence and Security Forces (ANDSF) and comprises around 9500 personnel from 36 NATO allies and partners. His role included planning, liaison and preparation for the transition of security, camps and bases; setting the conditions for the change in footprint of coalition forces in line with Afghan peace processes.

Three NZDF personnel were supporting the United Kingdom-led mentoring for the Afghan National Army Officers’ Academy (ANAOA). Over time, the NZDF’s role at the ANAOA changed from training cadets to one of mentoring Afghan trainers. The academy has now reached a point of self-sufficiency where New Zealand’s contribution is no longer needed.

The two NZDF gender advisors at the RESOLUTE SUPPORT Mission headquarters were leading projects such as the construction of a Women’s Police training village that could accommodate families, and the creation of a career progression model for all females in the ANDSF. Colonel Bagley said work on those projects would continue at the RSM headquarters.

During the deployment, there was another handover of significance to the NZDF. A New Zealand camp, located within Harmid Karzai International Airport and named after Corporal Douglas Grant, who was killed in Afghanistan, was handed over to the United Kingdom defence forces to use. “It’s good to see it being used, and that they have retained the name Camp Grant in Doug’s memory,” he said.

Colonel Bagley said COVID-19 prevention protocols had greatly restricted movements and day-to-day activities in Afghanistan, and it was good to be back in New Zealand. “Gyms and messes were closed, everyone wears face masks, meetings are held virtually and there is no socialising.”

While he had enjoyed the work in Afghanistan, he said all personnel were looking forward to getting back to family. Five of the six NZDF personnel have completed 14 days managed isolation in New Zealand. The sixth person is based overseas with family. 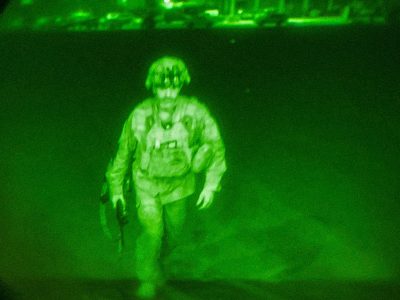 End Of The American War In Afghanistan 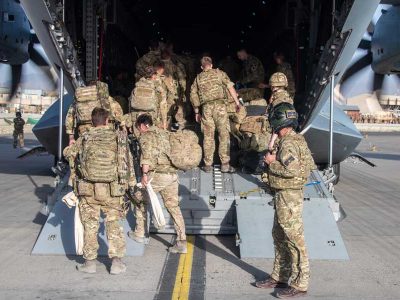 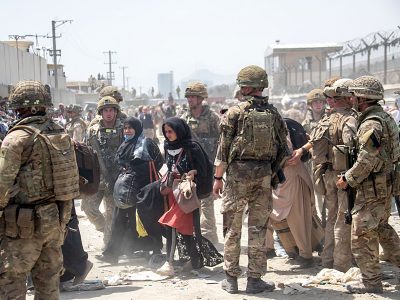