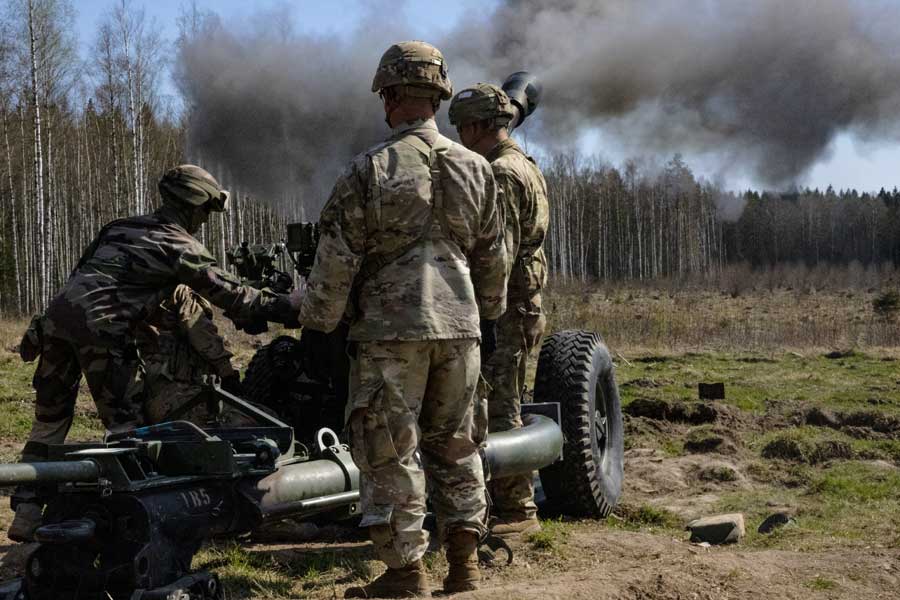 As the Red Devils from North Carolina waited pensively out of sight in a treeline on the east side of the Tapa Central Training Area, Charlie Battery, 1st Battalion, 319th Airborne Field Artillery Regiment, 3rd Brigade Combat Team, their gunner colleagues from 82nd Airborne Division, blanketed the enemy positions to their front with a barrage of 105mm rounds from their M119 howitzers from firing points on the south-west side of the polygon (as military training areas are known in the Baltic region).

These were some of the same guns parachuted into Nurmsi Airfield from Fort Bragg in the early hours of Saturday morning and then flown forward by CH-47 Chinook to Tapa the same evening.