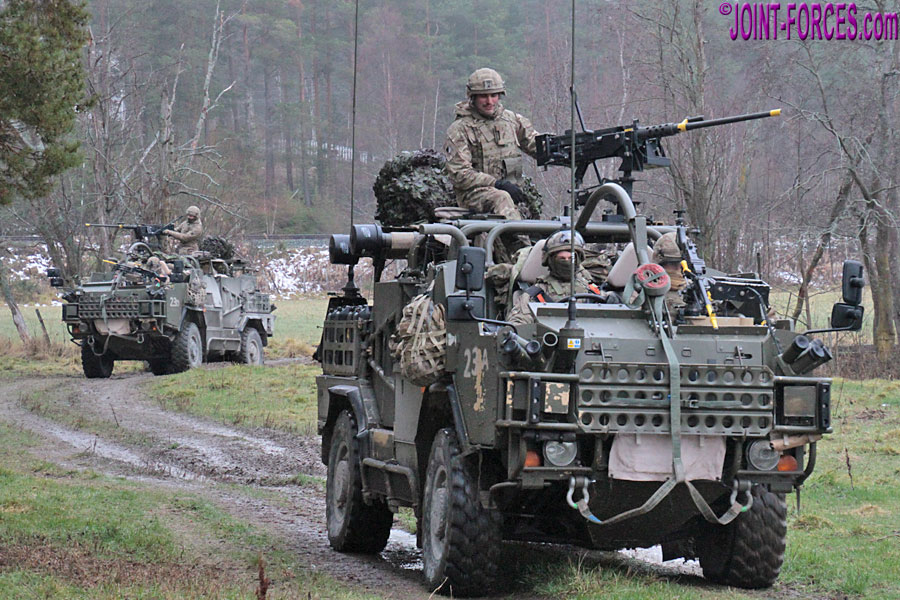 In a Contract Notice (2022/S 000-028118/EN) published on 7th October the UK Ministry of Defence announced its intention to procure an additional 75 Supacat HMT (High Mobility Transporter) family vehicles, known by the British Army as JACKAL in 4×4 and COYOTE in 6×6 versions, “to mitigate shortfalls against the current fleet as well as Future Soldier structures”.

The notice also states: “It is estimated that the initial contract for the 75x platforms and support will total between £60m – £100m Ex VAT. This may potentially increase by a further 165x platforms and therefore have a potential total value of £250m Ex VAT if contractual options are invoked, noting that the Authority has no obligation to do so, therefore increasing the Total Fleet Requirement to 240x platforms.”

Explaining the justification for the award of the contract without prior publication of a call for competition in the Official Journal of the European Union, the Notice states: “It is considered that the award of the contract without prior publication of a contract notice in the UK e-notification service (as required by the relevant legislation) is lawful in accordance with Regulation 16(1)(a)(ii) of the Defence and Security Public Contracts Regulations 2011 for Technical Reasons. This is because procuring an alternative HMTV platform solution is not considered reasonable in this instance due to the significant additional technical and interoperability complexity that would be introduced, including but not limited to platform interoperability issues, including safe recovery procedures, safe transport procedures and safe integration with weapon systems, all of which are currently established for the current in-service Supacat Limited HMTV platforms and would introduce a level of risk that is not acceptable to the Authority. In addition, it would not meet the Authority’s requirement to introduce different platforms with different support solutions when deployed on contingent operations. Existing modifications and theatre specific role fits would not be compatible with an alternative platform without significant effort to integrate. Increased training burden associated with a mixed fleet of platforms which would include new training material to ensure safe operation of platforms does not meet the User’s requirement and set pre-deployment training activities. Supacat Limited are the Original Equipment Manufacturer (OEM) for the HMTV platform(s) and they are the sole manufacturer of the HMTV vehicles and owners of the IPR. The Authority does not own or have a right to obtain or provide to third parties the proprietary information and documentation regarding these platforms. Manufacture of these platforms by a third party is not considered possible without direct OEM support and access to the proprietary information Therefore, as the OEM, Supacat Limited are the only economic operator capable of manufacturing this capability and meeting this requirement. This vehicle is currently deployed on multiple Operations around the world and further procurement is required to mitigate shortfalls against the current fleet as well as Future Soldier structures. As such, procurement of anything other than the HMTV model from Supacat Limited would fail to meet the Authority’s requirement and would introduce a level of risk that is not acceptable to the Authority.”