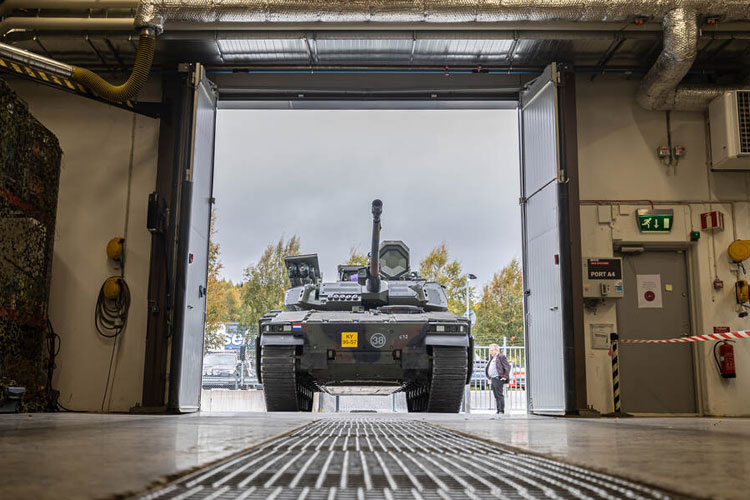 News Release, The Hague, 26 September 2022: [auto-translated] The [Dutch] Army’s first modernised CV90 infantry fighting vehicle rolled out of the factory today. This happened in Örnsköldsvik in Sweden at manufacturer BAE Systems Hägglunds. It concerns the so-called ‘first of type’. Series production will follow based on the findings with this test version. This is expected to start at the end of 2023. A total of 122 CV90s will undergo a major modernisation, a so-called mid-life update (MLU).

The MLU is needed to keep the vehicle operationally relevant until the end of its life in 2039. The security situation has changed dramatically in recent years and potential enemies have become significantly stronger. The upgrade greatly increases the capabilities of the armoured infantry vehicle. Various tests will follow with this first vehicle in the coming period to see whether it meets all the requirements. The project should be completed by the end of 2026.

Improvements: The updated vehicles gain more firepower and better protection against any enemy anti-tank missiles. The latter is due to an active protection system for incoming projectiles that gets a large part of the vehicles. Other major improvements are the new turret and the relocation of the cannon. This gives the crew more room to move and improves ergonomics in general. The IT systems are also being overhauled. All this increases combat power.

The adjustments are appreciated by the future users of the vehicle. They state that it is a big improvement, because of the improved protection and the user-friendliness. There is more space inside and the cameras allow them to do their work in more weather conditions.