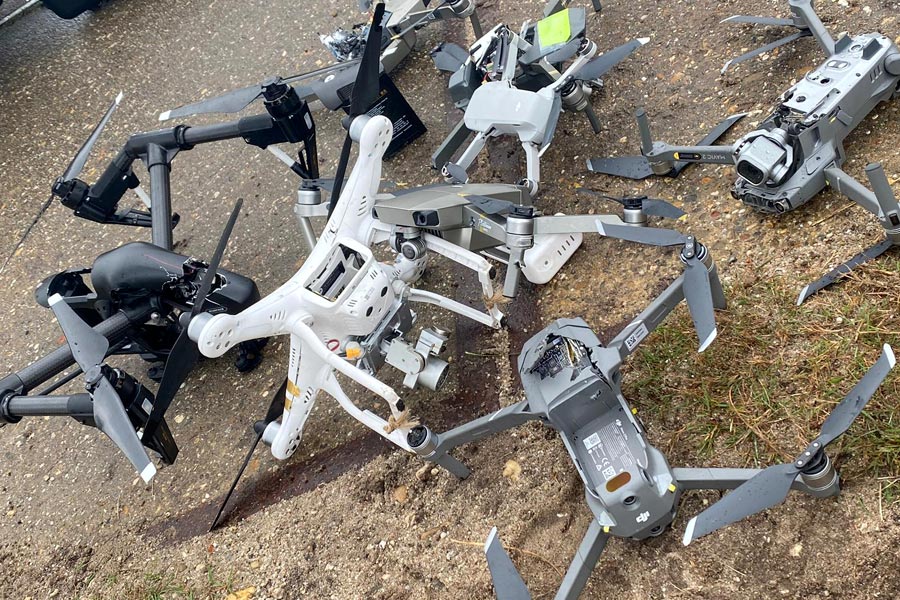 The SMASH solution from Smart Shooter has been tested by the Dutch Army in a live-fire Counter-Drone trial and proved to be very effective.

The trial took place at the site of the knowledge centre for weapons and ammunition in ‘t Harde. Most of the soldiers were introduced to the system for the first time the morning of the trial, and used it on a Colt 5.56 assault rifle to shoot down different kinds of drones from up to 150 metres. The test was successful, and the system proved to be very effective as all targets were shot down and eliminated.

SMASH is a combat-proven Fire Control solution for small arms that ensures each round finds its target. With a unique ‘One Shot – One Hit’ capability, SMASH allows the operator to quickly and effectively neutralise any ground or airborne target, manned or unmanned. It is a cost-effective solution that can be integrated onto any type of assault rifle and combined with other C-UAS systems, to provide an effective multi-layer defence solution suitable for the modern battlefield.

Michal Mor, SMART SHOOTER CEO: “We are honoured that the Dutch Army has decided to let its soldiers test and experiment with our systems, and are confident that the SMASH Fire Control System is an ideal hard-kill solution against the growing worldwide threat of UAS. Smart Shooter’s SMASH systems are already in operational use by different defence forces, providing great results against ground, aerial, static or moving targets, and increasing the accuracy and lethality of small arms”.