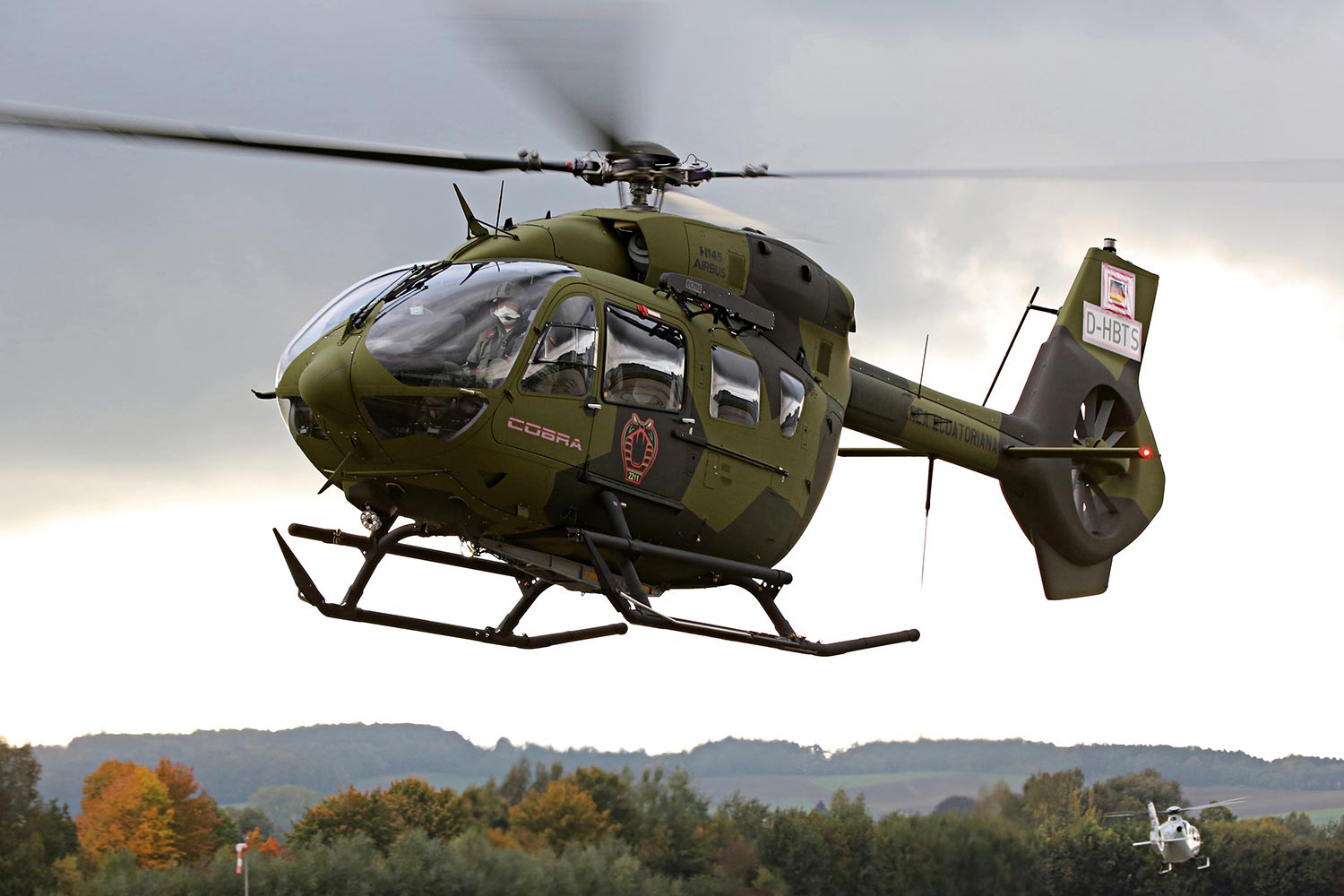 Press Release, Donauwörth, 27 October, 2020: Airbus Helicopters has delivered two H145s to the Ecuadorian Air Force, the first military customer in South America for this multi-purpose twin-engine helicopter. A total of six H145s will be delivered over the next year. The H145 helicopters, known as ‘Cobra’ in the Ecuadorian Air Force, will be assigned to the 22nd Combat Wing in Guayaquil. The contract includes training for 12 pilots and 15 technicians, as part of an in-country operational training programme.

“We are very happy to have new advanced technology equipment to help face our country’s operational challenges, where high performance helicopters are needed to fly in the Andes at up to 6,000 metres (20,000 feet), in the jungle or on the coast,” said Colonel Franck Cevallos, commander of the 22nd Wing of the Ecuadorian Air Force.

“Thanks to the installed mission equipment, it will be possible to move quickly from a rescue to a transport mission, reinforcing the Air Force’s response capacity for disaster relief and other missions in support of the public,” added Colonel Chiriboga, Head of Air Operations at the Ecuadorian Air Force.

The six H145 helicopters will help with missions related to national security, such as border surveillance and the fight against drug trafficking, as well as carrying out rescue operations at high altitudes, medical evacuation (MedEvac) and assistance in the case of natural disasters, both during the day and at night. This wide range of mission capabilities is thanks to the variety of equipment included such as the cargo hook, rescue crane, stretchers, searchlight, electro-optical camera for reconnaissance, etc.

“I want to take this opportunity to congratulate the Ecuadorian Air Force, which today celebrates its 100th anniversary. The new H145 will increase their operational capabilities thanks to its versatility and high performance in high and hot conditions, and will allow them to face any mission with greater efficiency and serenity,” said Julien Negrel, Commercial Vice President Latin America for Airbus Helicopters. “Ecuador’s Ministry of Defence has been an Airbus customer for 40 years and I appreciate their confidence in our brand when it comes to renewing the country’s aerial capabilities with next-generation helicopters.”

In Ecuador there are currently some 40 Airbus helicopters in operation with civil and military clients.