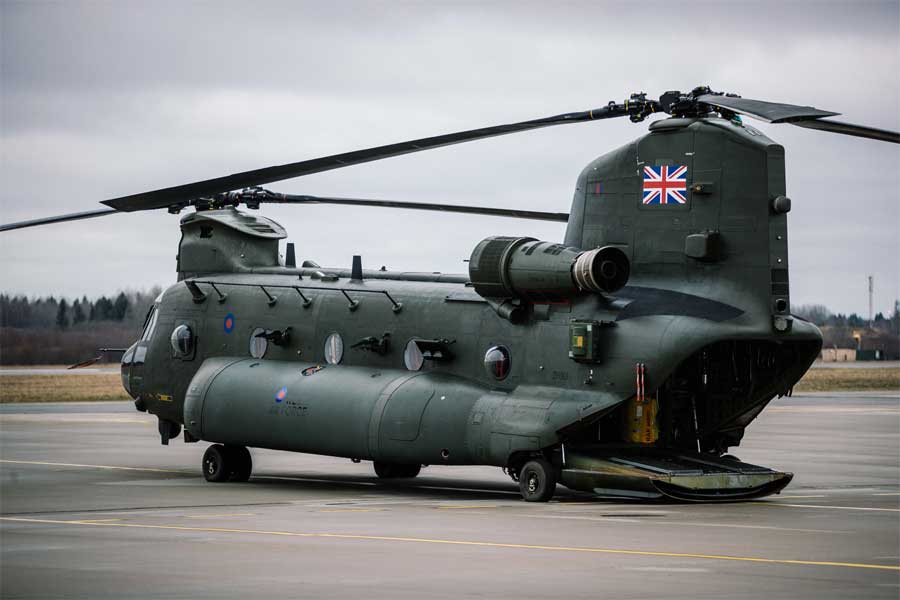 Until the end of February RAF CH-47 Chinook helicopters stationed at Ämari Air Base will conduct flights in Estonian airspace.

Press Release, Tallinn, 19 January 2023: [auto-translated] Until the end of February, Chinook (CH-47) helicopters of the United Kingdom Air Force stationed at Ämari Air Base will make flights in Estonian airspace, including low flights.

In the case of low flights, they take place no lower than 30 metres. In general, pilots try to avoid populated areas, but helicopters can also be seen in the area of various cities and settlements. Aviation activities take place all over Estonia, with the aim of training and supporting our defence forces and allied units located here.

The Chinook helicopters arrived in Estonia from the Royal Air Force base in Odiham and will stay here until the end of February as part of the agreement signed with the United Kingdom last November. The arrival of the helicopters is part of the UK’s contribution to support Estonia’s defence plan.

Chinook type helicopters are primarily used to transport units and equipment, but they are also armed with M134 and M60D 7.62mm machine guns.