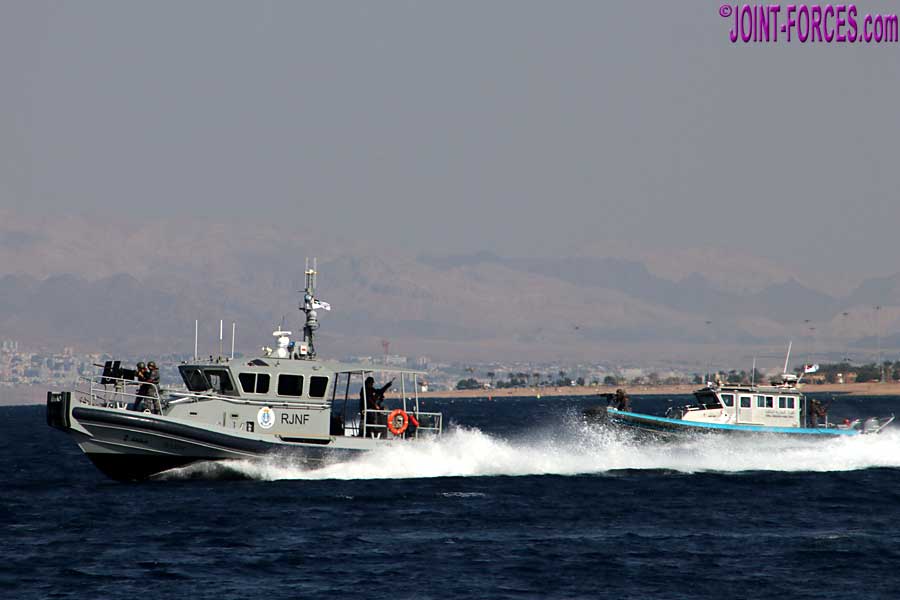 The formal opening ceremony for SOFEX, the Special Operations Forces Expo held biennially in the Hashemite Kingdom of Jordan is usually pretty spectacular but this year they literally put the boats out. In the past held with an airport runway and the suburbs of Amman as a backdrop, to mark the new location at Aqaba at the head of the Red Sea a Naval SpecOps scenario was organised instead.

We were in place to capture today’s action, and were actually even closer to the ‘hijacked’ ship than His Majesty was, so watch out for a full feature hopefully in the not too distant future. However in the meantime here’s a few images to maybe whet your appetite.