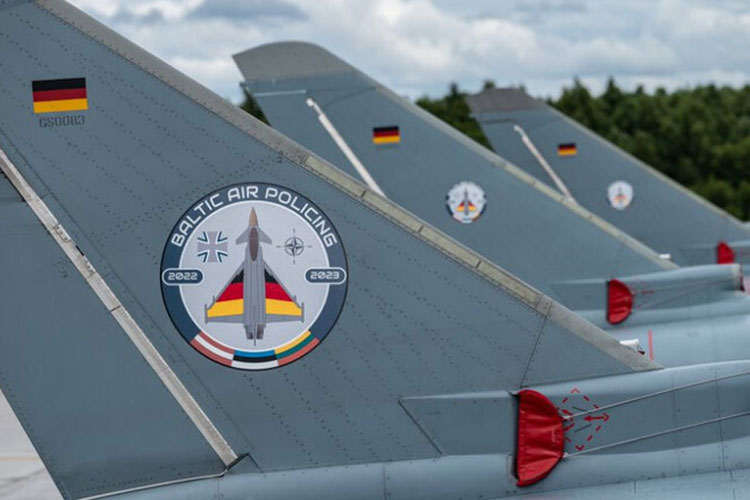 NATO Press Release, Brussels, 30 July – updated 02 August: For the coming months, four Hungarian JAS-39 fighter aircraft and some eighty personnel will lead the mission out of Šiauliai air base in Lithuania, while four German Eurofighter aircraft will fly out of Ämari in Estonia. They will be joined by Italian Eurofighters based in Malbork, Poland.

“NATO air policing is a clear example of Alliance solidarity in action,” said NATO spokesperson Oana Lungescu. “At a time when European security has been fundamentally altered by Russia’s war against Ukraine, NATO fighter jets remain ready around the clock to protect Allied airspace. We are always vigilant.”

The new contingents replace Belgian, French and Spanish units that have been patrolling the region since April. After several months at Šiauliai, Czech Air Force jets will continue their deployment through the summer. Allies have taken turns guarding the skies over Estonia, Latvia, and Lithuania since they joined NATO in 2004, as the three countries do not have their own fighter aircraft. Since Russia’s invasion of Ukraine in February 2022, NATO has further bolstered air patrols in the eastern part of the Alliance, with additional aircraft.

Under NATO’s air policing mission, fighter jets take to the skies when aircraft near Allied airspace do not follow good airmanship procedures, including tabling a flight plan and communicating with air traffic control. NATO quick reaction aircraft are ready to take off within minutes to intercept any aircraft that may threaten Allied airspace.