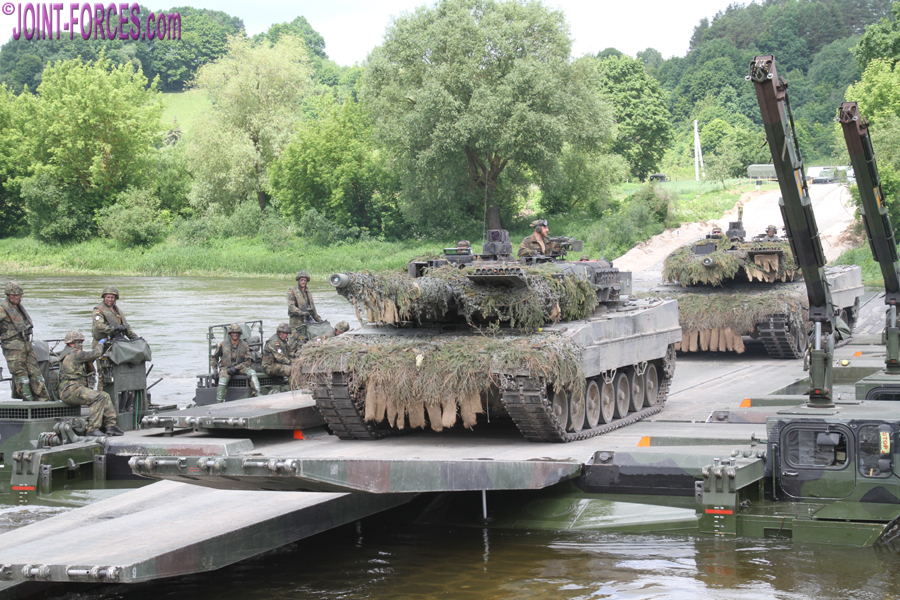 Rheinmetall and KMW set up joint venture known as Lithuania Defense Services for servicing NATO vehicles in the Baltic States.

Press Release, Munich and Düsseldorf, 08 June 2022: Rheinmetall and Krauss-Maffei Wegmann (KMW) have established a joint venture in Lithuania for providing comprehensive logistical support for combat vehicles belonging to the Lithuanian Armed Forces as well as those of other NATO nations stationed in the Baltic States. The idea is to take advantage of synergy effects and to promote multinational interoperability between the armed forces and defence sectors of NATO member states. Known as Lithuania Defense Services, the company will commence operations in Jonava in May 2022. The two partners each hold a 50% stake in the joint venture. Sebastian Dietz has been named managing director.

The state-of-the-art maintenance and logistics centre in Jonava occupies a roughly 12,000square metre site. Strategically located near Rukla, Lithuania’s largest military base and home to the NATO Battlegroup Lithuania, it has a direct rail link.

One of the company’s main tasks will be to look after the ‘Vilkas’, Lithuania’s version of the multipurpose Boxer wheeled armoured vehicle. It will also maintain other combat vehicles of the Baltic States and NATO forces deployed in the region during enhanced Forward Presence rotations. These include other Boxer systems, the Puma infantry fighting vehicle, the Bergepanzer 3 Büffel/Buffalo armoured recovery vehicle, various versions of the Leopard 2 main battle tank, and the PzH 2000 self-propelled howitzer. As the original equipment manufacturers of all these platforms, Rheinmetall and Krauss-Maffei Wegmann possess unsurpassed expertise here. The presence of the partners on location means that NATO units will benefit from shorter reaction times and improved supply chains thanks to expanded capacity in the region.